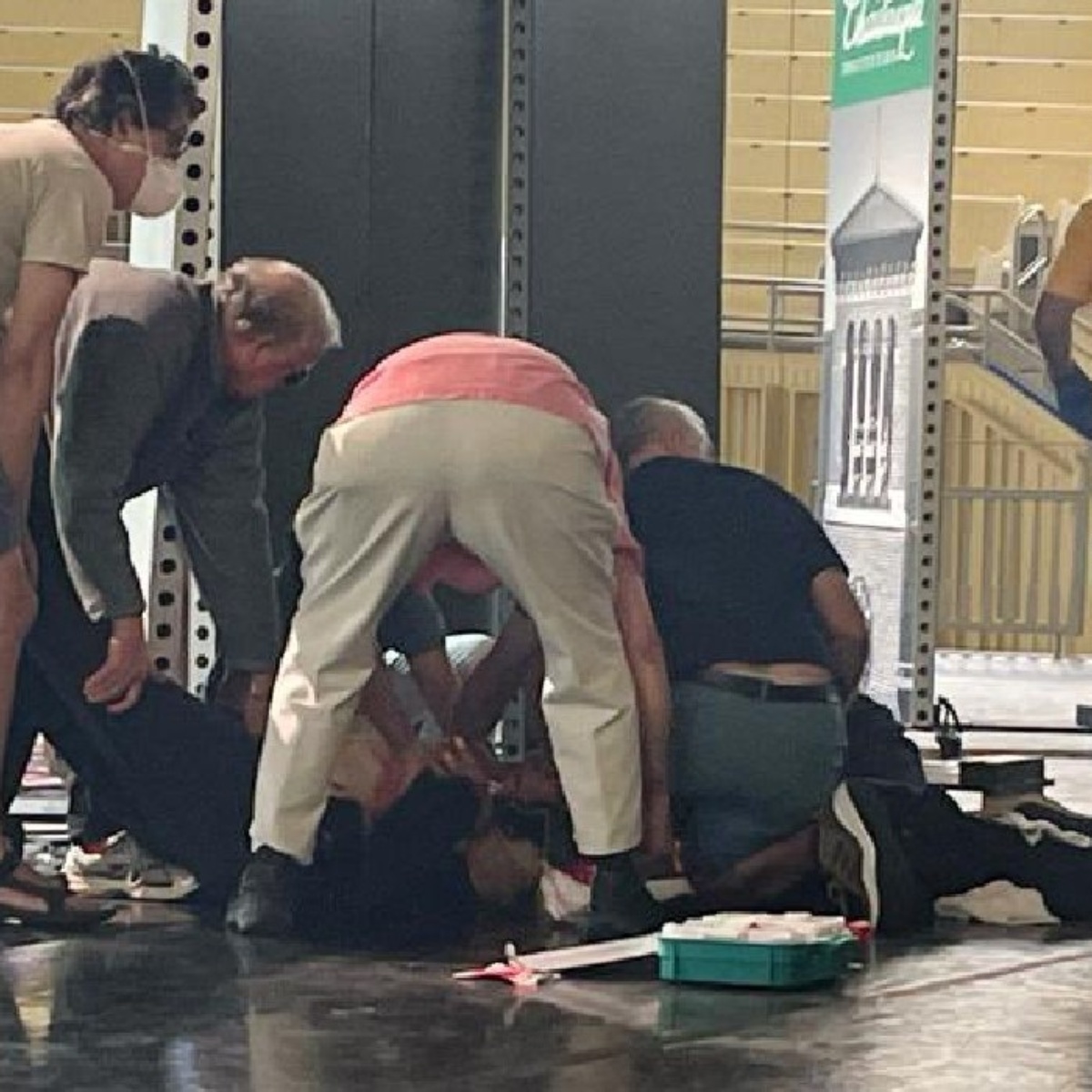 When Salman Rushdie was being introduced by the organizers of an event he attended, a man with a sharp object climbed onto the stage and pounced on him, began to stab and beat him.

The people who came to your conference that was about to begin, they could see how the writer was knocked down and later fell to the stage of the Chautauqua Institution, in New York.

Salman RushdieWho is the author of the book “The Satanic Verses”at the time it was in the public eye because Iran in 1989 ordered to kill him for the writings he had made, however this act was not consummated.

Salman Rushdie was stabbed to death in New York pic.twitter.com/AUpVlchx5f

Pictures circulating show the Salman Rushdie being wheeled away on a stretcher after he was stabbed in New York, contrary to some reports he walked off stage, and the perpetrator being arrested. pic.twitter.com/eMy4t5RvGt

Details on the attack on the “enemy” of Iran

Various videos circulate on social networks of the attack on the writerboth of the minutes during and after this event, as well as photographs of the paramedics taking him away on a stretcher.

#BREAKING: Indian born author Salman Rushdie stabbed on stage at an event in New York. Attacker arrested by the Police. Rushdie has faced death threats from Islamists since years after writing The Satanic Verses. The event where he was attacked was by @chq. pic.twitter.com/56o13hFNHg

About Iranin AmericanPost.News We inform you that this country banned women from appearing in advertisements after they saw the “sexy” commercial for the “Magnum” ice cream brand.

It may interest you: Iran and Taliban forces collide, 1 Afghan border officer killed.

The status of the Rushdiethe only thing we have is what the spokesman for the Chautauqua Institutewho was the only one who spoke to the media, said:

“We are dealing with an emergency situation. I cannot share any more details at this time”

About the conflict between Iran and Rushdie, we inform you that Rushdie’s book “The Satanic Verses”, it is banned in iran since 1988, as many Muslims consider it blasphemous.

A year after the publication of the writing, the then leader of Iran, Ayatollah Ruhollah Khomeini, issued a fatwa, or edict, calling for Rushdie’s deatha reward of more than 3 million dollars for anyone who killed him.