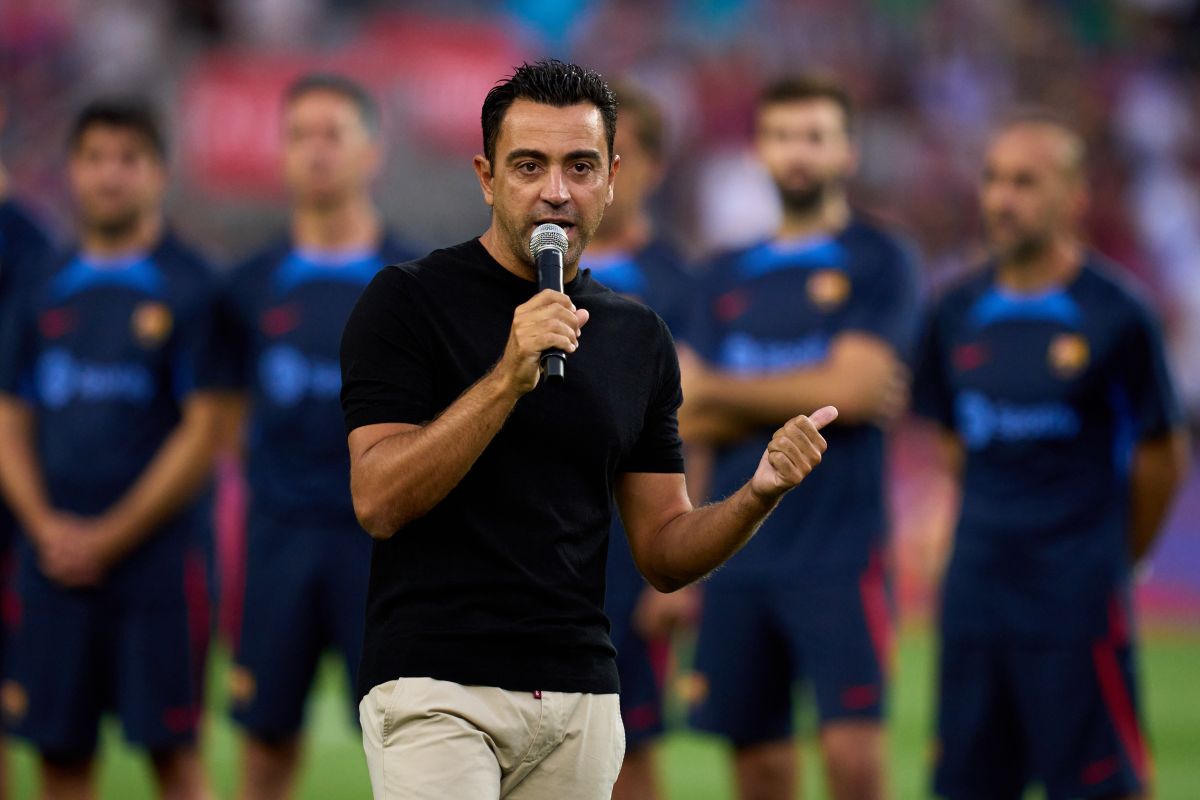 The coach of Barcelona, Xavi Hernández made it clear that he has Frenkie de Jong, although he acknowledged that he does not know “what will happen until August 31” after the Joan Gamper Trophyin which the Barça team beat Pumas UNAM 6-0 with a goal precisely from the Dutch midfielder.

Xavi took the microphones in the post-match and the first question was about the situation of De Jong, who was one of the authors of Barcelona’s goals.

“Frenkie already knows my position and that of the club, for me he is a great player”, the technician stressed in statements to TV3.

Thus, he expressed himself in the same vein as President Joan Laporta did before the game, when he acknowledged in different media that the player “has offers” but that the club wants “him to stay”.

Regarding the meeting, in which Xavi was applauded at various times by the Barça fans, the coach said that he feels “very loved by the fans” and that “he will try to work to return this esteem to him”. In this sense, he considered that the team is “generating a lot of enthusiasm” and that he wants to “transform it into titles”.

Barcelona won 6-0 and left the match resolved before the 20th minute, when they were already winning 4-0, something that the Barça coach also spoke about.

“We have given a very good image (the players), the sensations are very good and the competitiveness is transferred in the field. What we have to do is start with the intensity that we did today, wanting to score the first goal”, analyzed Xavi.

Finally, he also referred to the situations of Nico González and Miralem Pjanic. “Nico and Pjanic can help us a lot, even though Pjanic didn’t play today”, he explained.