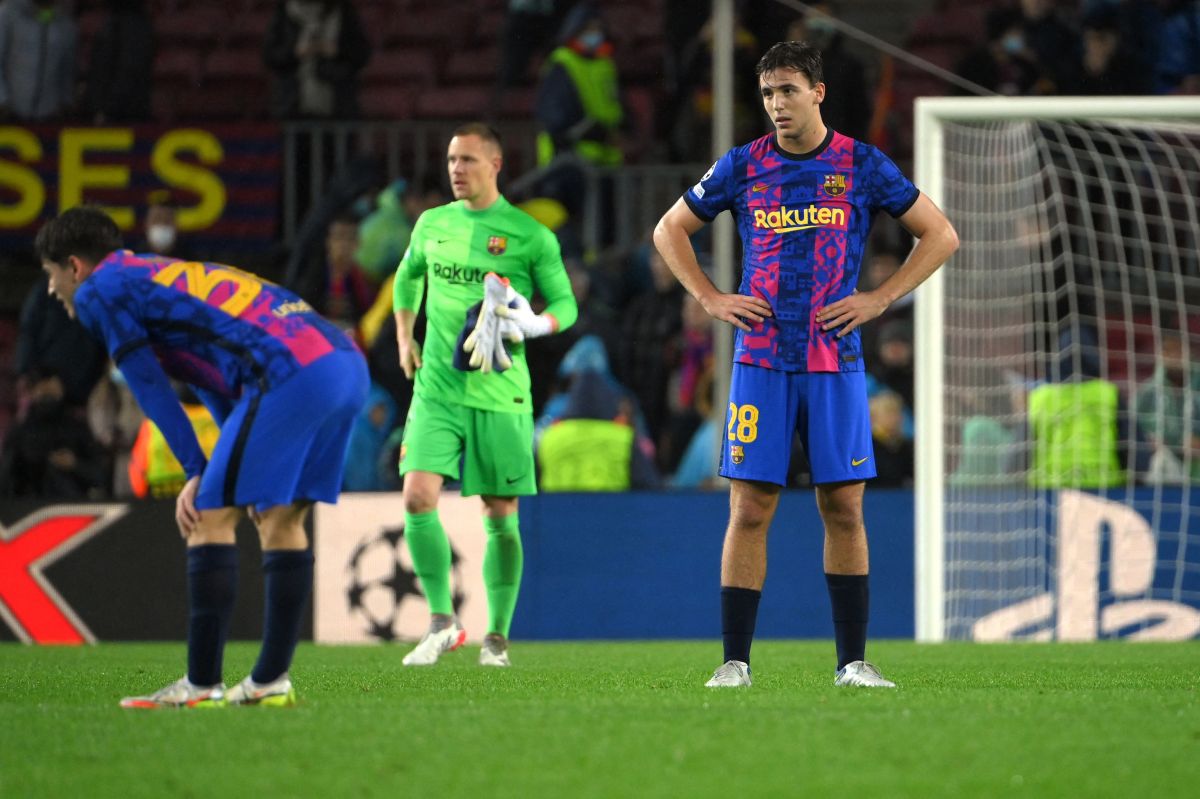 Once again FC Barcelona showed that he is having a very bad relationship in front of the goal and with his powder wet he barely reached the Benfica goal in a boring 0-0 draw at home for the UEFA Champions League (UCL).

Under a downpour in the capital of Catalonia those led by Xavi Hernández demonstrated the first arrangements made by the young coach: possession. Forgotten after so many years, the ‘Massia’ style of keeping the ball is being practiced again.

Nevertheless, having the ball is not enough. During the first hour, Barca’s midfield dominated possession but never came clearly, to which Benfica of Portugal took the opportunity to build a string of great danger to the goal defended by the German Marc Andre Ter Stegen.

Benfica went 1-0 without doing practically anything. Among them, a cross shot by the 18-year-old Austrian Yusuf Demir (8). Among the few arrivals from Barcelona, ​​the danger generated by the young promise Gavi at 26 ′ and Jordi Alba in the 28th minute stand out.

Merits for the Portuguese who played with the advanced defense and drowned the culés forwards little by little. The grayer of the night was the Dutch Memphis Depay, who can’t get a steady beat in your game.

By winning the match, the Spaniards could qualify for second, however now They will have to play all or nothing on the last day against their nemesis: Bayern Munich German, who did do the homework and beat Dynamo Kiev on the road 1-2 in the cold Ukrainian cold, supported by his forward Robert Lewandowski, favorite for the Ballon d’Or and The Best of FIFA.

Barcelona have seven points and Benfica five. If the Catalans win at the Allianz Arena, they won’t have to look at Lisbon. Another result forces you to pull out the calculator.

Despite the unsatisfactory result, Xavi highlighted the virtues of his team at a press conference.

“This is the Barcelona we want. They take the idea. We played a great game, but we missed that goal. We must be more effective. The attitude has been commendable “

Leaving behind the result and the lack of a goal, another with an optimistic attitude towards the future is goalkeeper Ter Stegen, who represents the mentality of the dressing room.

“All the world see the illusion with which Xavi makes us play; we are all plugged in, we have an idea of ​​how to play, leaving very few spaces for the rival. With this attitude we are going to win for sure ”, declared the German to the media present at the Camp Nou.

“He’s going to make the team grow, I have no doubt”: Messi praises Xavi as Barcelona coach

Game of chairs in Europe: Zidane would coach PSG and Pochettino would go to Manchester United