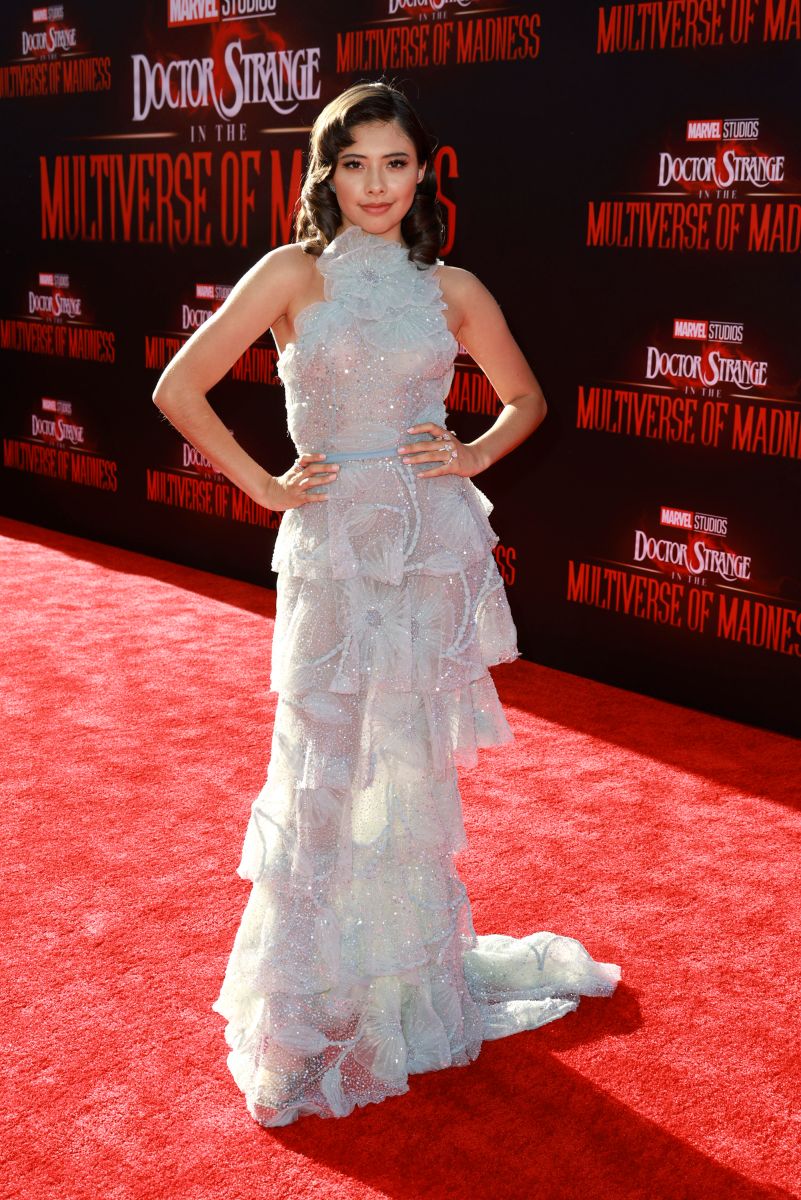 At just 16 years old, his name is already beginning to be heard in all its glory in the mecca of cinema, thanks to the Marvel Cinematic Universe, and it is that Xochitl Gomez is causing a sensation for her participation as América Chavez in the movie “Doctor Strange in the Multiverse of Madness”.

And that the teenager, barely 16 years old, is the Latin sensation for her participation in the recent premiere of “Doctor Strange in the Multiverse of Madness”, making the great leap to the Marvel universe.

Gomez has had participation in some series on the streaming platform, Netflix, such as The Babysitter’s Club and Gentefied.

But now, the one born in the state of Jalisco, but most of her life has lived in Los Angeles, California is hogging the spotlight with her role as America Chavezin “Doctor Strange”, where he shares credits with benedict cumberbatch Y elizabeth olsen.

The 16-year-old teenager spoke with the specialized entertainment site Hollywood Reporter how she came to the Marvel universe, after having several participations in Netflix.

His path to the Marvel Cinematic Universe

“I did my first audition in February 2020 and then six months later in August I got my second audition, which was for a younger version of the character.”Gomez commented in an interview with the aforementioned medium.

“So I thought, ‘Oh my God, I might have a go at this!’ So I did stunt training for a whole month, every other day for a couple of hours, and then I did the test,” the Mexican-born actress recalled.

“And two dDays later, I found out I was chosen. It all went pretty fast!”assured Xochitl Gomez.

This is how Gomez was selected to give life to America Chavez, a character who first appeared in the comic “Vengeance”, published in 2011.

His character comes from a parallel universe, where America Chavez was raised by two mothers, whom he accidentally abandoned when he discovered that he could travel to other universes.

–Natalia Téllez softens Instagram on her first Mother’s Day next to her little Emilia
–Alicia Machado takes off her bra to show off her breasts and send a message of empowerment
–With a tight white dress, Alexa Dellanos shows her voluptuous anatomy
–Without a bra, Celia Lora shows her huge breasts in a low-cut, sexy sailor dress