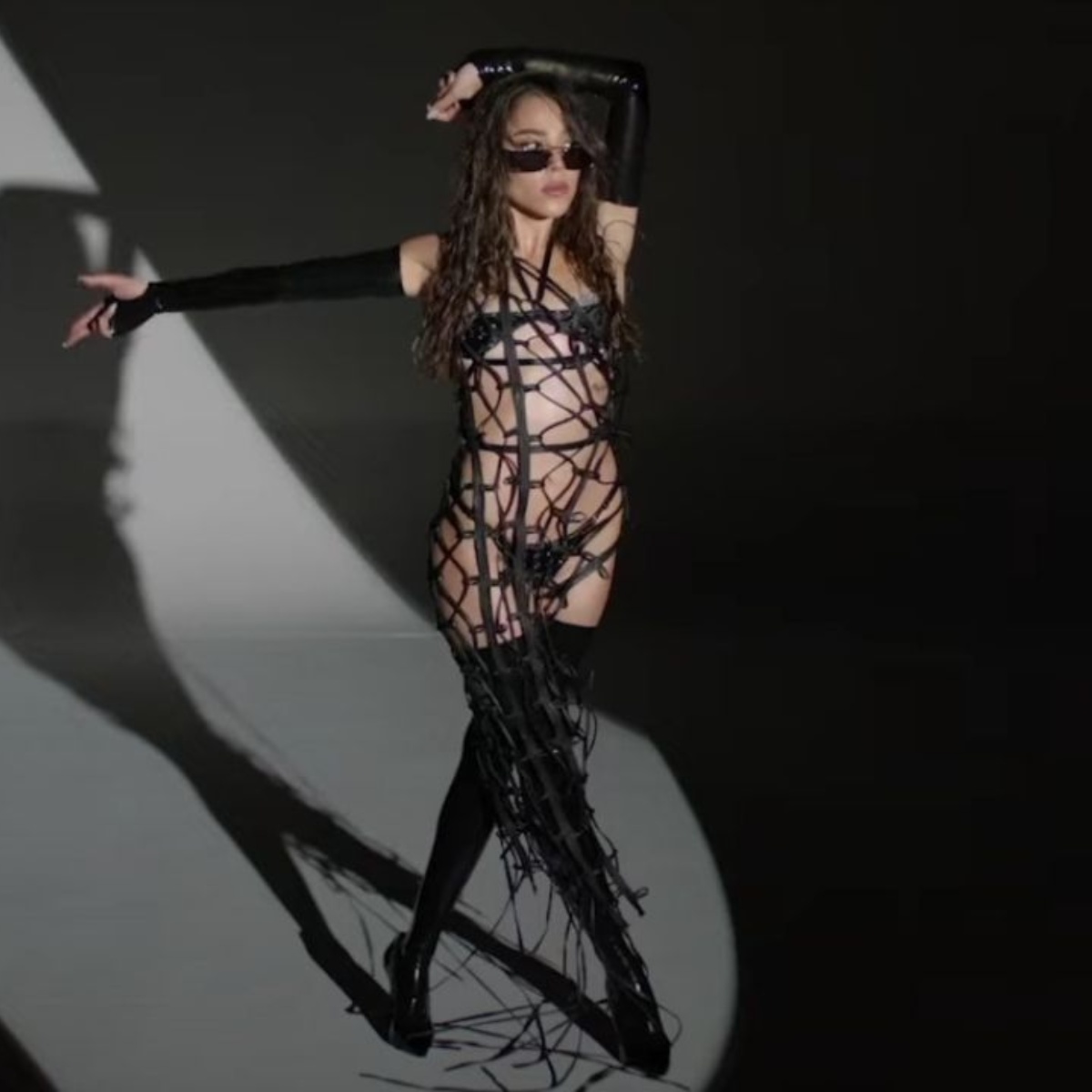 Danna Paola is the Mexican singer who premiered her most recent single titled “XT4S1S,”  a song that invites you to move your body under modern sounds with the power of her voice.

Like other of her songs, it is expected to be placed in the first places on the musical platforms because through her Instagram account that the Mexican released some images where she can be seen with long boots, an outfit similar to a swimsuit, or sleeves and a dress made of fishnet, all black except for the lemon-green framed sunglasses.

There is no doubt that this video is one of the most ardent that the beautiful Danna Paola has made, and that is that the daring of the outfit generated a lot of emotion among her followers, who adore her for her talent and personality.

The fiery side of Danna Paola

After the presentation of the official video through her YouTube account, she said she was happy because after almost a year “without music and a very intense creative process, I finally reconnected with who I am as an artist, as she described it:

“I learned that sometimes it is more important to feel the music you are creating in your soul and in your bones than to always be in search of the hit”.

As if that were not enough, Danna Paola explained to her fans that the songs become a success when the artist really connects with them. She also stated that she feels proud: “of this song and knowing in my soul that it is made with all the love and how it says its name, with all the Ecstasy that CREATE MUSIC generates in me.”

IT MAY INTEREST YOU: Danna Paola manages to sell out at the National Auditorium. This is how her fans react.

Danna Paola announced the XT4S1S Tour in Mexico through the same virtual information highways, including seven relevant points. Here are the cities and dates:

“We have the first dates confirmed. I couldn’t be more excited to see each other ‘live’ and vibrate deliciously at XT4S1S every concert!! We will be able to step on all possible stages everywhere!! 2022-2023 SEE YOU SOON!” wrote Danna Paola.

It should be noted that the beautiful Danna Paola will extend her tour of Latin America, the United States, and Europe. Although she has not yet confirmed the dates for each region, she asked her fans to stay tuned, as they will be mentioned soon.