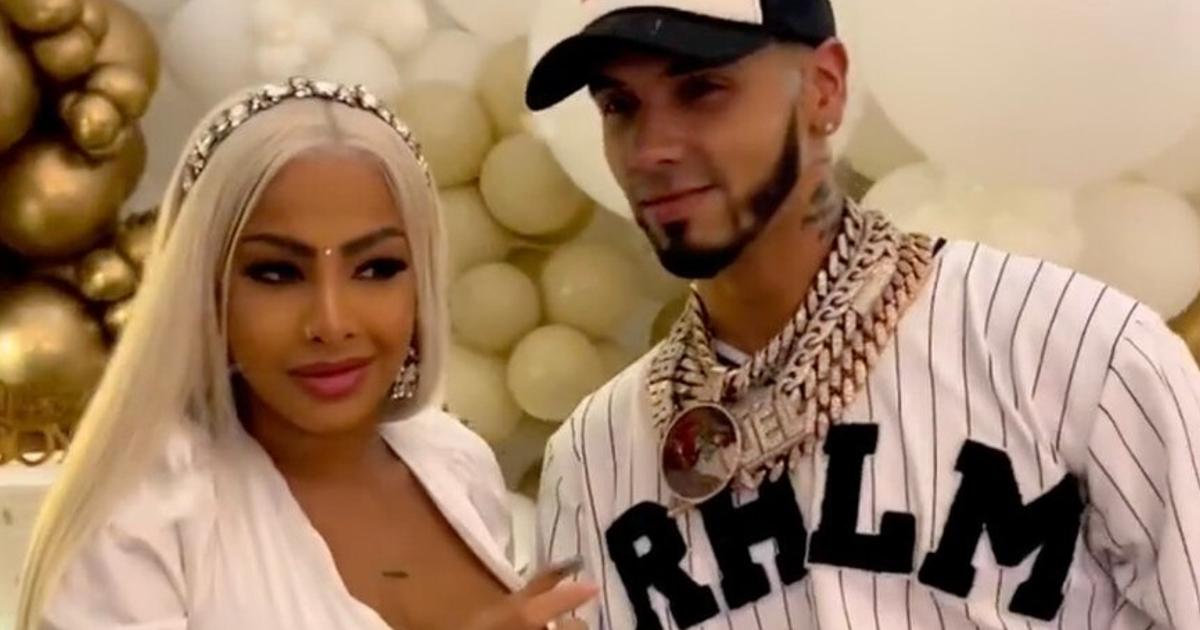 Six months after getting married and amidst rumors of divorce and infidelity, Anuel AA and Yailin La Más Viral announce that they will be parents with gender revelation.

Through their social networks, 29-year-old Puerto Rican singer Anuel AA and 20-year-old Dominican Yailin La Más Viral announced that they will be parents of their first child.

This news came as a surprise since, for months, it was rumored that the couple was in divorce proceedings, and it was even said that Anuel AA already had a new romance.

Likewise, it was said that the divorce of Anuel AA and Yailin La Más Viral was due to the pregnancy they had just confirmed.

It was said that both would have signed a prenuptial agreement, which contained that “she could not get pregnant because there is a lot of money involved.”

Anuel AA and Yailin La Más Viral reveal that they will be parents of a girl.

On their social networks, Anuel AA and Yailin La Más Viral announced that they would be parents of their first child and revealed that they are expecting a baby girl.

After Anuel AA and Yailin La Más Viral shared a video of their gender reveal in which they announced the gender of their child.

For her part, rapper Georgina Lulu Guillermo Diaz, known as Yailin La Mas Viral, expressed her gratitude for the family she has formed with the reggaetonero and said she is the luckiest woman in the world.

“I always told God to give me a family but from the man I truly love Thank you my God for giving me what I always asked for I feel super happy, the happiest woman in the world.”

To this, through an explosion of confetti and bombs, Anuel AA, Yailin La Más Viral, their families, and thousands of fans learned that they would be baby girl’s parents.

After the revelation that they would be parents of a girl Anuel AA was very happy and did not stop hugging and touching the pregnant belly of Yailin La Más Viral.

Yailin La Más Viral was very happy to be expecting a baby girl and dedicated a few words to her baby: “you, daddy, and I made you with lots of love, and we are waiting for your arrival, my chubby.”