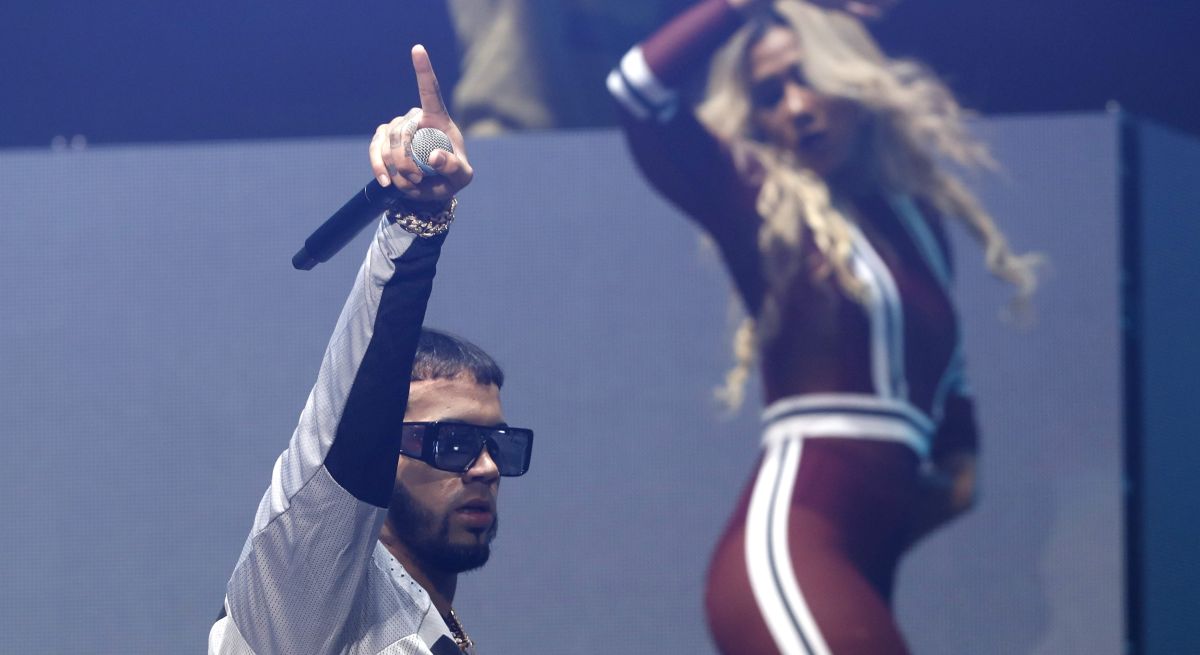 These three do not stop being news on social networks and have monopolized almost the entire Latin market. Yailin La Más Viral showed front and rear with some provocative outfits on Instagram, while Karol G wreaked havoc in Colombia, just like Anuel AA in Peru.

Anuel AA gave a concert to a full house in Argentina and then in Peru , where the fans also went crazy with the Puerto Rican and ran into the streets to chase him to the point that he got out of the car and recorded all the havoc his music causes. In the meantime, his girlfriend, Yailin La Más Viral made more than one drool by showing almost all of her attributes.

Could be interesting: Karol G showed almost everything in a transparent bodysuit after giving tickets for the Bichota Tour in Bogotá to a student

On the other hand, the former Anuel AA, Karol G triumphed with a series of concerts as part of his Bichota Tour 2022 in Medellin, and Bogota.

Yailin La Más Viral is accompanying her beloved Anuel AA on the tour he is doing through several Latin American countries after a time away from the stage with his own show. The relationship with Yailin La Más Viral has put him to work more than ever in the studio and they both brought up the subject “Si tu me dejas“, which is breaking the reproductions in Youtube. But his ex, Karol G, is not far behind.

La Bichota arrived in her native country and did a sold out performance. She also had some luxury guests: Grupo Niche and Andres Cepeda, who gave their best on stage. On the other hand, Karol G and her Provence song is competing with Yailin La Más Viral and Anuel AA. The song that has 120 million views on Youtube.

Karol G is already preparing for his $trip Love Tour which will take her to tour several cities in the United States again, but on a much sexier tour and with different arrangements. But for the Colombian not everything is music. In fact, good causes are another thing that really fills her heart. Karol G gave some tickets to a student who could not go because he had to use the money to pay for a master’s degree. Nevertheless, La Bichota read his tweet and invited him with his friends and mom.

Could interest you: Karol G confessed the strangest place where she made love a while ago

She was also visiting a foundation for children with cancer in Bogotá, Colombia. There she put even the little ones to dance and sing her songs. In addition, she hugged them, gave more music and a lot of joy to those children. The same ones that more than ever need to have the best energy and Karol G is very good in that area. Without a doubt, she is a woman who is marking the history of Latin women in the world.