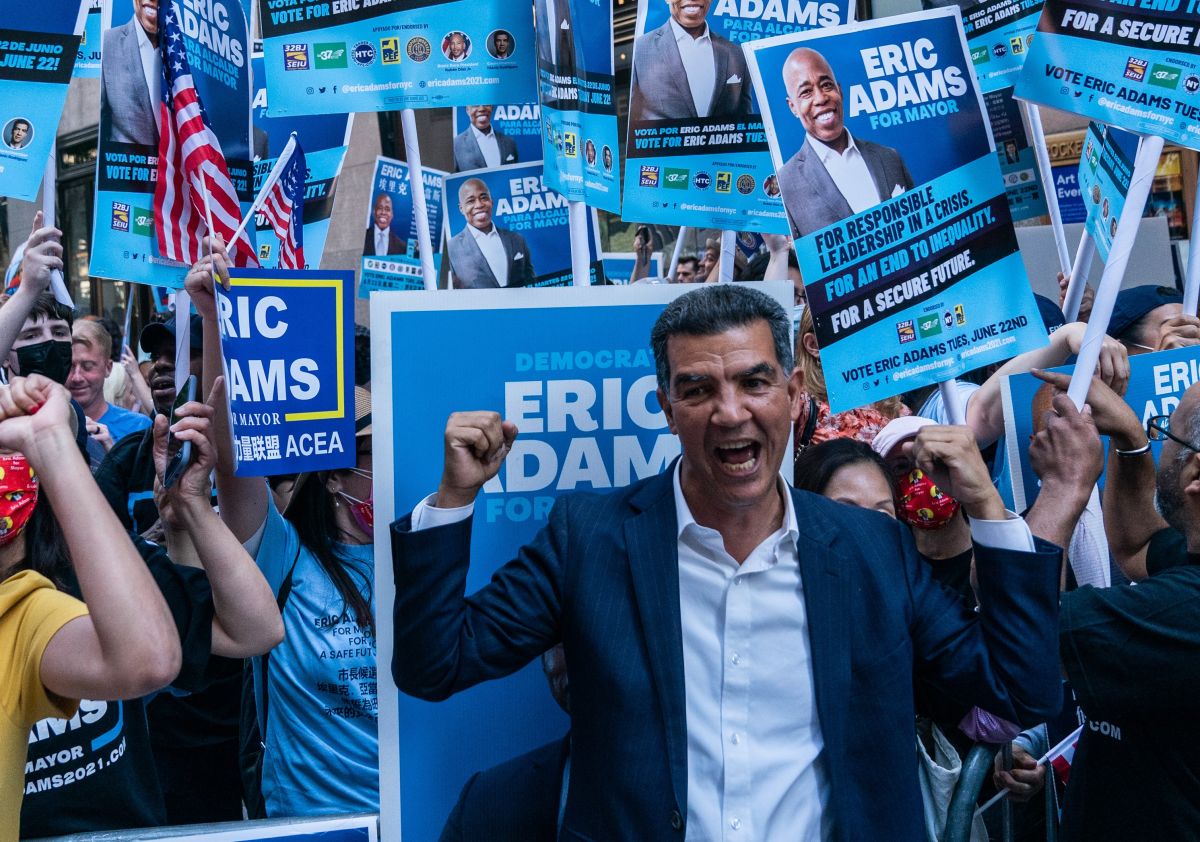 It was almost an ‘open secret’ that the Councilor of Dominican origin Ydanis Rodríguez would have an important position in the next Eric Adams Administration. What was not known for sure was whether he would be a leader of a municipal agency or one of the vice mayors, but this doubt was clarified this Monday, after he was appointed as the next City Transportation Commissioner (DOT).

Rodríguez, who has extensive experience in this area since for eight years he has served as the Chairman of the Transportation Committee of the City Council, will become the first Hispanic in DOT history to lead that agency.

“Our city’s transportation system faces great challenges, from the increase in deaths from traffic accidents to the increase in congestion on our streets. We need proven leaders who are ready to roll up their sleeves on Day 1 and address these issues, with a focus on making transit more equitable and efficient for all New Yorkers. I know that Ydanis Rodríguez and Aloysee Heredia Jarmoszuk They are up to the challenge and I look forward to working with them to keep our city moving forward, ”said Adams.

The reference to Aloysee is due to the fact that the incoming Mayor also reaffirmed her this Monday in the position she has held since 2020 as leader of the City Taxi and Limousine Commission (TLC).

In making the announcement, Adams expressed the importance of his Administration launching missions to increase street safety, improve transportation equity and accessibility, promote sustainability, and effectively invest federal funds that come to the city thanks to to Infrastructure Law from President Joe Biden.

“I am grateful to Mayor-elect Adams for the opportunity to serve as the next Commissioner of the New York City Department of Transportation. I will work with the rest of my colleagues in the Administration, the City Council, advocates and the private and academic sectors, to carry out our vision of converting the New York City the most friendly for pedestrians and cyclists in the nation, ”said Rodríguez.

The councilor, who represents Upper ManhattanHe added that as the next DOT commissioner, “I will continue to seek innovative ways to reduce our dependence on carbon-emitting vehicles and instead build a city that prioritizes sustainability and the safety of pedestrians and bicyclists.”

The decision on Ydanis is released just four days after Adams named the first Hispanic to lead a municipal agency, Louis Molina, who will be the next Commissioner of the Department of Corrections.

In the meantime, the TLC Commissioner stated that continuing in her role will “allow her to partner with Mayor-elect Adams, his administration, and all stakeholders to strengthen the licensed driver and vehicle industry. The city has a bright future ahead of it and I look forward to contributing to its success. “

More women to power in next Adams Administration

The elected Mayor also continued to complete his government team with which he will take power on January 1, by also appointing this Monday to five women as his new deputy mayors, among which there are no Hispanics.

“In order for us to ensure that this city recovers quickly while addressing the inequalities that plagued us long before COVID-19 hit, we must have superior leadership that can deliver for New Yorkers and is representative of New Yorkers,” said Adams. when making the announcements this Monday.
The Mayor-elect added: “My administration will understand the people of the city it serves, and each of the people I appoint today has the experience and skills to help us change this city in the right way.”