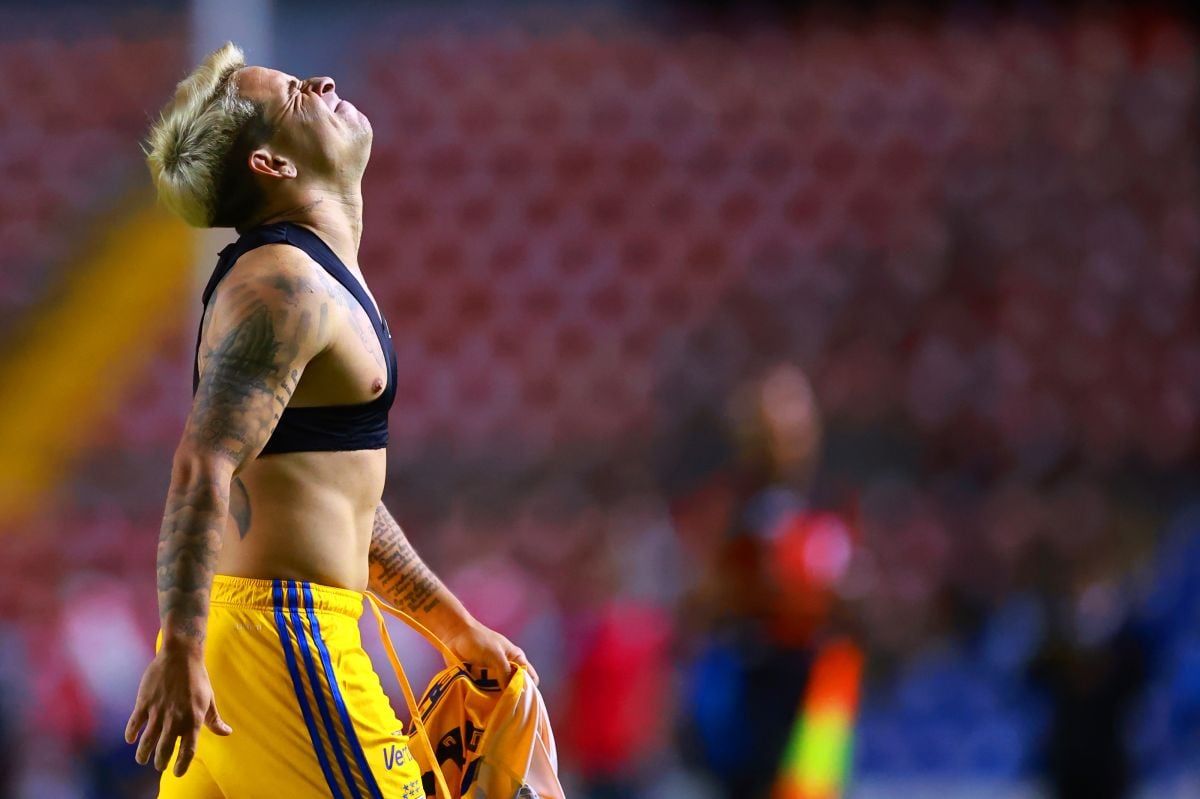 Through a statement, the Tigres team informed about the injury of Venezuelan soccer player Yeferson Soteldo, who will miss the game corresponding to the next day of the Mexican tournament in which the university team faces Pachuca at the Hidalgo Stadium. The international with La Vinotinto directed by the Argentine José Néstor Pékerman, suffered an inflammation of the minor adductor muscle of the right thigh, his team wrote through Twitter.

“We inform that Yeferson Soteldo has an inflammation of the minor adductor muscle of the right thighso his return to work is subject to evolution and, for now, he is ruled out to travel to Pachuca, “wrote Tigres through his social networks as part of the diagnosis of the Acarigua-born.

Since the season began, the Venezuelan Yeferson Soteldo has been the center of criticism due to his behavior off the pitchwhich has led him to arrive late at the concentration, to be absent from training to celebrate his birthday and even crash on a public road, this last incident was recorded by a fan who made claims to the international soccer player with the Venezuelan National Team.

It should be noted that the person who was hit blamed Yeferson for the accident while the Tigres footballer at no time approached the other car while being recorded by the fan.

Given these circumstances, the Tigres seemed to have tired of Soteldo and there was talk of a possible transfer to PAOK in Greece, a fact that has not finally materialized until now.

Should Soteldo continue in Tigres?

With this new injury, Soteldo loses a new opportunity to show himself with the “Piojo” Herrera teamthe Venezuelan soccer player who shone with the 10 of Santos seems to be destined not to be able to show his talent wearing the colors of the feline team with which he has barely scored a goal since his arrival this year.

Added to the injuries are the unsportsmanlike behaviors that seem to continue to persecute him and the fans have a hard time leaving behind. Soteldo’s talent is undeniable, It remains to be seen if the Tigres have patience with the South American footballer and if he can finally show what he is made of or on the contrary ends up being traded to another team.

. Yeferson Soteldo came on as a substitute in Tigres’ defeat against Cruz Azul. Did Herrera forgive him for his new episode of indiscipline?
. End of speculation! Yeferson Soteldo returns to training with Tigres
. Chicharito Hernández in trouble: Due to a clause and his lack of goal, his renewal with the Galaxy is at risk