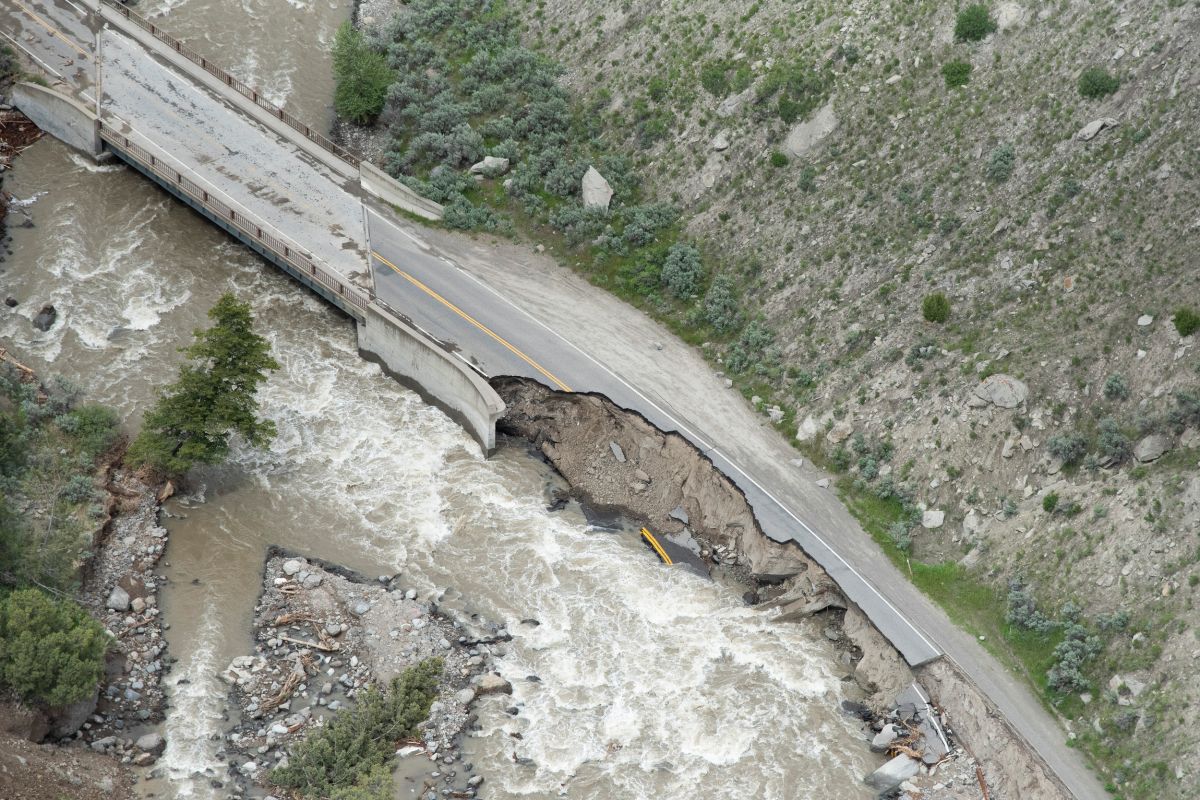 Most of Yellowstone National Park should reopen in the next two weeks, faster than originally expected after record flooding hit the region last week and knocked out major highways, federal officials said Monday.

Yellowstone Superintendent Cam Sholly said that the world-renowned park will be able to accommodate fewer visitors for now, and it will take longer to reestablish road connections with some southern Montana communities.

Park officials said they will use $50 million in federal highway funds to expedite road and bridge repairs. There is no timeline yet for road repairs between the park and areas of Montana, where recovery is expected to take months.

Yellowstone will partially reopen at 8 a.m. on Wednesday, June 22, more than a week after more than 10,000 visitors were forced to leave the park when the Yellowstone River and other rivers burst their banks from melting snow and several inches of rain.

Initially, only portions of the park that can be accessed along its “southern bypass” of roads will open, with access to the park’s picturesque rural area being for day-trippers only.

Within two weeks, officials plan to open the northern loop as well, having previously stated that it would likely remain closed for the summer season.

The North Loop would give visitors access to popular attractions including Tower Fall and Mammoth Hot Springs. They would still be excluded from the Lamar Valley, which is famous for its prolific wildlife, including bears, wolves and bison, which can often be seen from the roadside.

“That would bring 75 to 80% of the park back up and running,” National Park Service Director Charles “Chuck” Sams said during a visit to Yellowstone to gauge the effects of the flooding.

It will take much longer, possibly years, to fully restore two badly damaged stretches of road linking the park with Gardiner to the north and Cooke City to the northeast.

During a tour of the damaged areas on Sunday, park officials showed reporters one of six sections of highway near Gardiner where raging waters destroyed most of the roadway.

Muddy water now runs down where the roadbed had been just a week ago. Huge tree trunks litter the surrounding canyon.

With no chance of an immediate solution, Sholly said 20,000 tons of material was being transported to build a temporary alternative route along an old road that passes over the canyon. That would allow employees who work at the park’s headquarters in Mammoth to get to their homes in Gardiner, Sholly said. The temporary route could also be used by commercial tourism companies that have permits to conduct guided tours.

Also read:
· Closed Yellowstone National Park due to unprecedented flooding; there are houses and bridges destroyed
· Bison charges and kills a woman in Yellowstone; he launched her 10 feet through the air
Missing Montana hiker killed by grizzly bear, authorities say