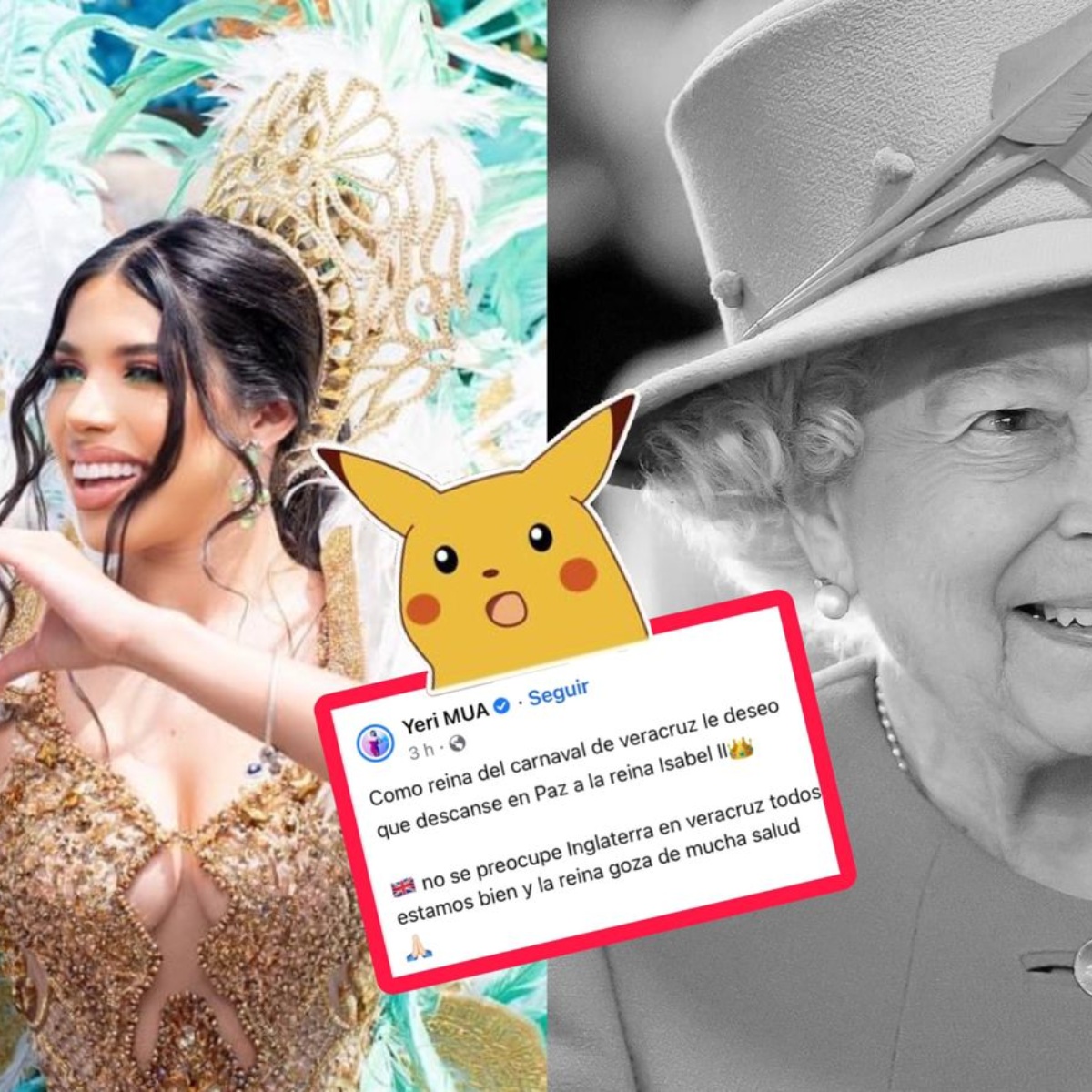 Yeri Mua is a famous influencer who rose to fame after becoming the queen of the Veracruz carnival and is now causing controversy by sending her condolences to the Royal Family for the death of Queen Elizabeth II.

Given the unfortunate death of Queen Elizabeth II, several politicians, athletes, actors, actresses and entertainment figures around the world have expressed their condolences and Veracruz influencer Yeri Mua was no exception.

That is why the influencer and queen of the Veracruz Carnival 2022, Yeri Mua published a photograph during her reign at the Carnival parties and another of Queen Elizabeth II with a controversial message.

It is not for less than the image that immediately went viral due to the phrase that the influencer Yeri Mu added to the image that she dedicates for her condolences:

“As the queen of the Veracruz carnival, I wish Queen Elizabeth II to rest in peace, do not worry, England in Veracruz, we are all fine and the queen is in good health,” she wrote on Facebook.

Many social network users took it humorously and others as an offense, to which the influencer replied: “Offense why? If I am also a queen, it is a message from queen to queen AND SUPPORT, ”she wrote in a Facebook comment, in the face of criticism.

IT MAY INTEREST YOU: Yeri Mua accuses the INE of putting it monstrous on her credential

Who is Yeri Mua?

Yeri Cruz Varela, better known in the world of digital entertainment as “Yeri Mua”, is an influencer from Veracruz born in Coatzacoalcos. At her young age of 19, she has positioned herself as one of the most successful and consumed content creators on the internet.

He currently has 3.1 million followers on Instagram, the same number of followers on TikTok and more than 7 million on Facebook. His videos are versatile although his specialty lies in lifestyle, makeup and trends. This year she was selected as queen of the Veracruz Carnival.