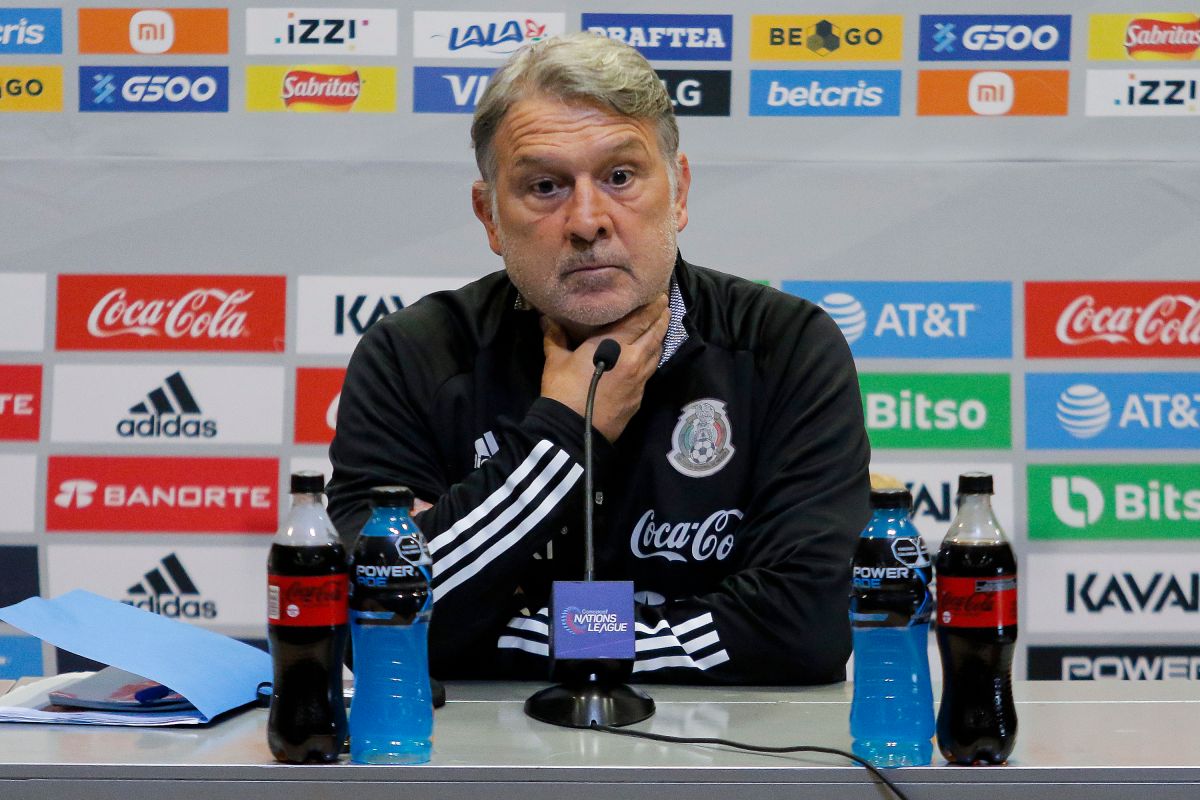 Poor results, a worrying performance, absence of goal and the discontent of the fans. This is the panorama on which Gerardo Martino has to develop in the Mexican team. Although many might think that the position of “Tata” is under discussionthe truth is that the president of the Mexican Football Federation (FMF), has full confidence in the Argentine coach. Yon de Luisa explained the reasons why Martino will stay with Mexico despite the criticism.

“We have talked about it on different occasions, the why Tata Martino was selected and why we are happy with himtheir quality of work is exceptional, when we did the search we liked it, not only the experience in the national team, having experience in clubs like Barcelona, that experience and the quality of work in all its coaching staff has allowed us to be where we are today“De Luisa explained at a press conference.

Despite the fact that much has been said about the internal Chicharito Hernández and some leaders of the Mexican teamYon de Luisa highlights the rapport and understanding between Gerardo Martino and his led. The leader places this item as another point in favor in the management of “Tata”.

“We have been able to verify it in the different trips, the communication with the players is extraordinary, that the players know who will go and who will not go, what is required of their families, It has a very special ability. If we add to that the opening he has had and how he has faced the different moments, let’s just remember how he got to the Mexican national team, how we faced the challenge of going to play in Europe, how we reacted to the complications in the line-up, how we faced such a difficult qualifying processif we turn to see our neighbors to the north”, he explained.

He does not think about the 2026 World Cup

Although there is a strong security in the management of Gerardo Martino, Yon de Luisa did not want to venture and think beyond the 2022 Qatar World Cup. Everything will depend on the role of El Tri in the World Cup to propose another World Cup cycle to the Argentine strategist or not.

“We are doomed to 2022although in recent months we have talked about 2026, It’s just organizationaleverything is 2022. We have the window of August, in September with two games, in November we will be able to confirm a game before traveling to Qatar. We will make an analysis, all, towards your personal future“, he concluded.

You may also like:
· Mexico destroys its Concacaf rivals: El Tri thrashed Trinidad and Tobago 5-0
El Tri on fire: Guillermo Ochoa would have opposed the return of Chicharito for some controversial tweets
· “I felt like the worst coach in the world”: the aftermath of Javier Aguirre having been eliminated with Mexico at the hands of the United States