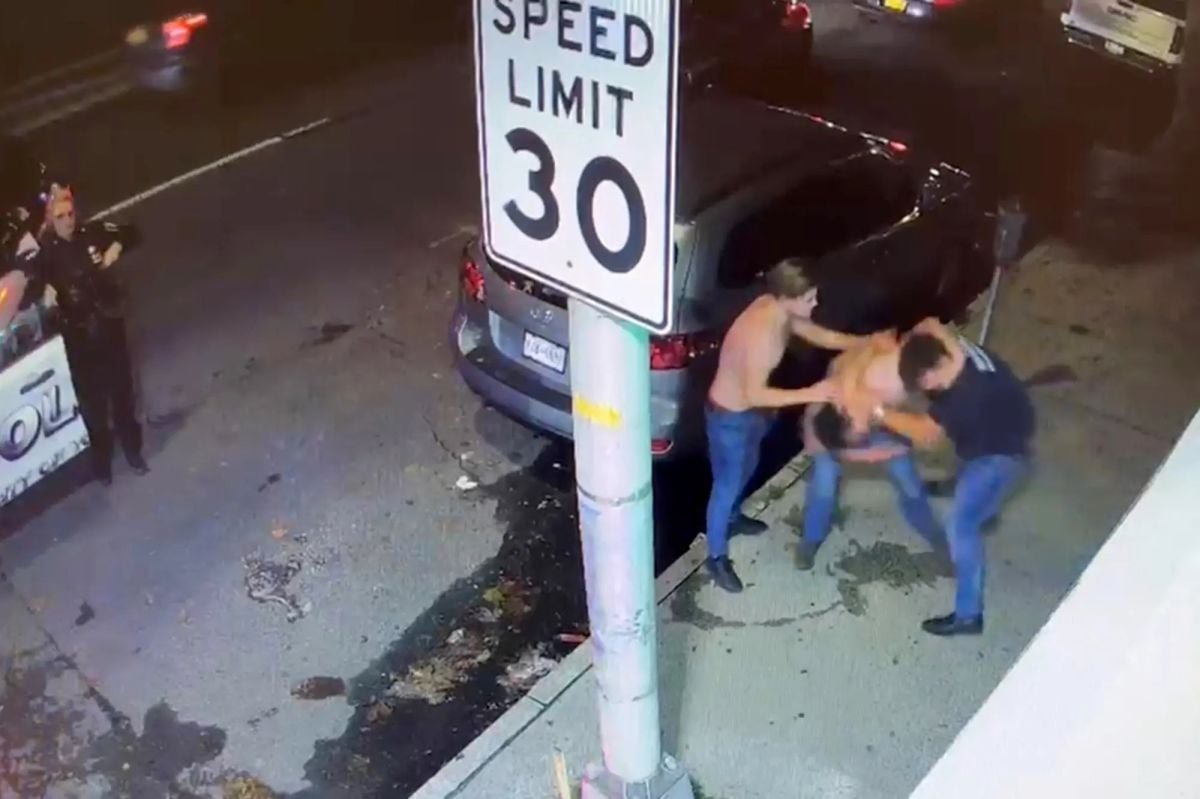 The audiovisual material shows the victim with a bloody face falling to the floor while the two brothers continued with the savage attack – Photo: Yonkers Police/Courtesy.

A Yonkers police sergeant who did almost nothing to stop two brothers from beating a victim as he lay on the ground has been placed on modified duty, city police said.

In the footage, which was obtained by the New York Post, the sergeant can be seen exiting a double-parked patrol car and saying something to the brothers but not stopping them from continuing to beat the victim.

“The Yonkers police sergeant who initially responded had her duty status modified and was placed in an administrative capacity pending the outcome of the internal investigation,” the department tweeted.

“The Yonkers Police Department trains and expects its members to respond and take appropriate and necessary action in such situations, and it is clear from the video that it did not happen; the due process will determine why.”

“We hold ourselves and our members accountable and will take steps to maintain the highest standards and professionalism.”

The footage shows the victim with a face full of blood falling to the ground as the two brothers continue their savage attack.

Also, Kielb pauses for a few moments before telling one of the men to move away and grabs the other man’s arm as he continues to beat the victim.

According to authorities, Jonathan Teelin, 26, and his brother Felix Teelin, 22, were charged with aggravated assault. The attack stemmed from a dispute that spilled into the street from a local bar, police said.

The 26-year-old victim, a Yonkers resident, is expected to recover from his injuries.

In the first statement by Yonkers police, they stated that their investigation was “conducting an internal investigation into the initial police response” but did not release further details.

A spokesman for the department said in an email that Kielb, an 11-year veteran of the force, was placed on modified duty Friday pending the internal investigation.