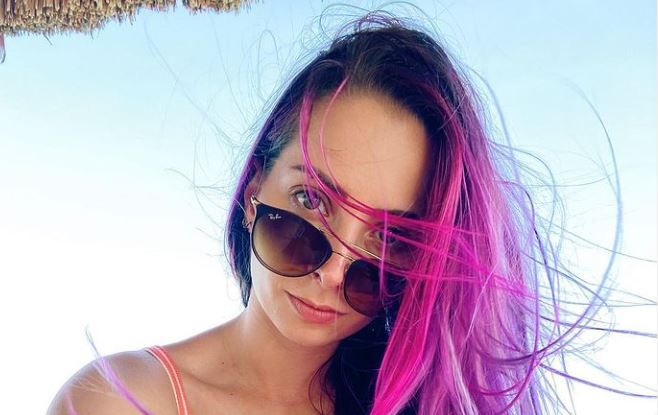 Yoseline hoffman, better known as YosStop, he got out of prison the past November 30 after spending 5 months in the prison of Santa Marta Acatitla. The youtuber was accused by Ainara Suarez for alleged crimes of child pornography. Since your departure, YosStop has given few interviews, one of these was with Roberto Martinez, where she explained her plans as a digital creator.

The interview for the Monterrey channel took place in the 20 days after your release from prisonHoffman said. In Creative He explained what will happen to his career on YouTube, as well as in other areas. “I honestly don’t know what is going to happen well with my channels. What I plan to do is a book. Input “, He said.

About the image you seek to project YosStop She mentioned that she will seek to be more thoughtful. During his stay in prison he wrote endless thoughts, he even filled whole notebooks. That is why his publications during his detention distanced what he was like on YouTube, explained. “It is this duality, where we feel good and other days where the world comes over you,” he said.

The mentioned book, according to the author herself, it will come out next year. He did not add any more details, but according to what he declared in his interview it will be court autobiographical about his time in the Santa Marta Acatitla prison. The interviewer Roberto Martínez invited that when the text is released, return to tell more.

He added that he will continue with the podcast he has with his partner. On the other hand, YosStop did not deny seeking space on other platforms outside of YouTube. “It happens to me a lot. People ask me ‘what are you going to do?’ I do not know. Right now I’m out, I’m free, I’m happy. Already next year I see”He added.

On the other hand, he explained that it no longer feels like it did before. According to the content creator, the experience in prison changed her radically and now she notices certain irresponsibilities that she committed in the past.

“I’m already out, I’m free, now we have to do cool things, right? We must help, we must improve this world. There are very ugly things and very beautiful things, what do I want to focus on? In the bad or in the good? I want to focus on the good, “he commented YosStop.

Despite gaining popularity on YouTube, Hoffman called the space a “A toxic relationship”. She also explained that she no longer placed as much weight on her career as a video creator. “No longer. If you follow YouTube, father, if not, I don’t care. It is not that it depends on him ”.

Yoseline agreed to be more attracted to other social networks and although she added millions of subscribers, her time on YouTube seemed to come to an end. “Pay me or not pay me. It was cool to drop YouTube “, concluded YosStop.

YosStop clarified the rumor that transpired on his departure. According to various media, the youtuber charged up to a million pesos per interview. However, Hoffman totally denied that information. He even highlighted He has not responded to any show programs.

Roberto Martínez gave him a few seconds to remind his audience of their official spaces on social networks, a very common gesture in this type of program. YosStop He mentioned his Facebook page and his Instagram and TikTok accounts. “And on YouTube in case you want, you know that I don’t care”.

To end the broadcast of Creative, Roberto Martínez joked that he did pay YosStop so he can have her on his popular show. Hilariously, he mentioned that the remodel of his recording studio was suspended due to the expense involved.

In other highlights of his interview was when he said that when he left the first things he did, he was get medical tests. Yoseline resented returning home, due to the fact that in prison she had a low vitamin level, as well as not being able to sunbathe affected her. However, he said it was nothing serious.

Similarly, the content creator remarked that he gave himself up to spirituality in those five months in jaill. Her time of solitude made her reflect on God. She also commented that she asked her boyfriend for several books with the sole purpose of not feeling alone.

YosStop told how it was the day they arrested her: “I was playing Play Station with my boyfriend”