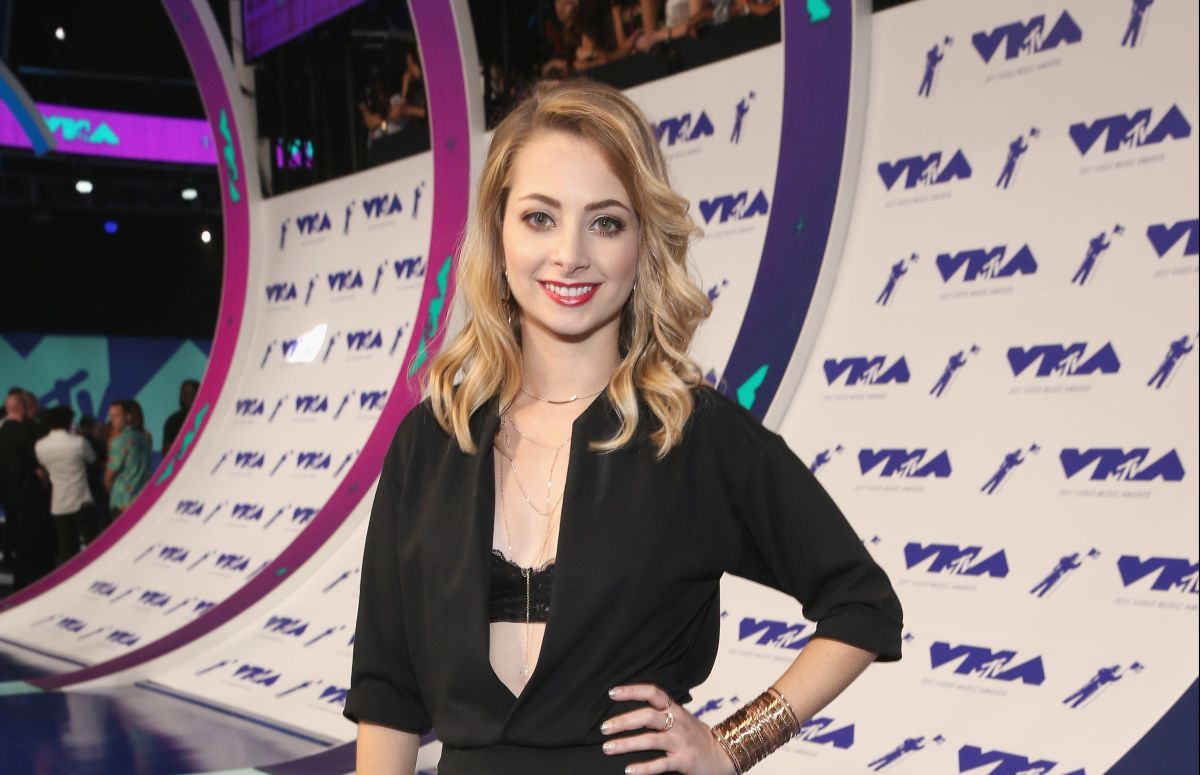 After experiencing controversial moments, heMexican influencer Yoseline Hoffmanbetter known as YosStop is going through a good stage in his life, since after announcing his wedding plans with her boyfriend Gerardo González, announced her first pregnancy, which makes her even happier for the sweet wait.

And it is that happiness is smiling at the controversial influencer after her controversial past, which even led her to prison, but now YosStop, live one of the most important moments of your lifesince you will not only take an important step in your life with her boyfriend Gerardo Gonzalezbut will become a mom for the first time.

It was through a video on her Instagram account that YosStop announced that she is pregnant and the happiness she feels, despite the fact that she had told herself on several occasions that she did not want to be a mother, but fate had a surprise in store for her.

“Normally my answer has always been the same; I don’t want (to have children), until recently when my life took a turn and I opened myself to the possibility that one day it could happen, without looking for it and leaving it to fate, “said the 31-year-old influencer.

“Honestly, I didn’t expect it, the universe surprised us with the news, I’m pregnant?! We weren’t looking for it, but it happened, life is so wonderful and that’s how it works”YosStop assured excitedly in the video she shared with her 7 million followers on Instagram.

The influencer shows off her ultrasound

YosStop shared the video where she appears with her boyfriend Gerardo González and they show the ultrasound image of her first baby.

“Today I am grateful for your arrival in this world and on this plane, I am nervous and excited about what the universe has prepared for us, it makes me very happy to be part of your path and start building from scratch and rebuilding as many times as necessary for our transformation and growth as souls. Welcome, we already love you”, YosStop wrote on Instagram.

In addition, the influencer revealed on her YouTube channel details of her civil wedding, with Gerardo González, which will be intimate, since they will only invite about 30 people.

YosStop reveals details of their wedding

The couple is happy in the video to give details of how their civil wedding will take place in the coming weeks, so they are in search of the essentials, like the dress, music, the place of the party, and even the rings.

“We don’t want more than 30 people, we want the people who have really been there with us, who have lived through our relationship and it doesn’t mean there aren’t more important people.” YosStop clarified.

“I am of the idea that less is more, so we are going to celebrate it small and then party, but that will be until next year,” revealed the influencer.

Regarding the place to celebrate the civil wedding, YosStop said that he already found it, but did not reveal its location.

The wedding will be in a few weeks

The influencer assures that she already has everything ready, she just needs to refine some details, but the date is already set, and it will be in 20 days. In the same way, she already has her dress and who will make her up to look spectacular at her wedding.

She said that the one who will entertain the party will be a DJ friend, in addition to the fact that they want to do something spiritual that day, although she acknowledged that she and her boyfriend are not very religious.

Looking for something spiritual

“We want to do something spiritual, you already know that we are not religious, but we do want something divine, in something bigger and in which life is putting the best for you”, the influencer specified.

For the menu, although they have not agreed, they announced that it will be four courses, which includes a dessert of truffles covered with ice cream and baileys mousse.

YosStop promised to share more details of their wedding with their followers in the coming days.

The influencer said that the religious wedding will be until next year and promised that it will be “a pachangón chingón”.

-María José confesses that she took Apio Quijano’s virginity
–Karol G indirectly sends Yailin The most viral, during the concert
–Celia Lora and Karely Ruiz raise the temperature from the pool with sensual bikinis from Playa del Carmen
–Alicia Machado takes off her bra to show off her breasts and send a message of empowerment