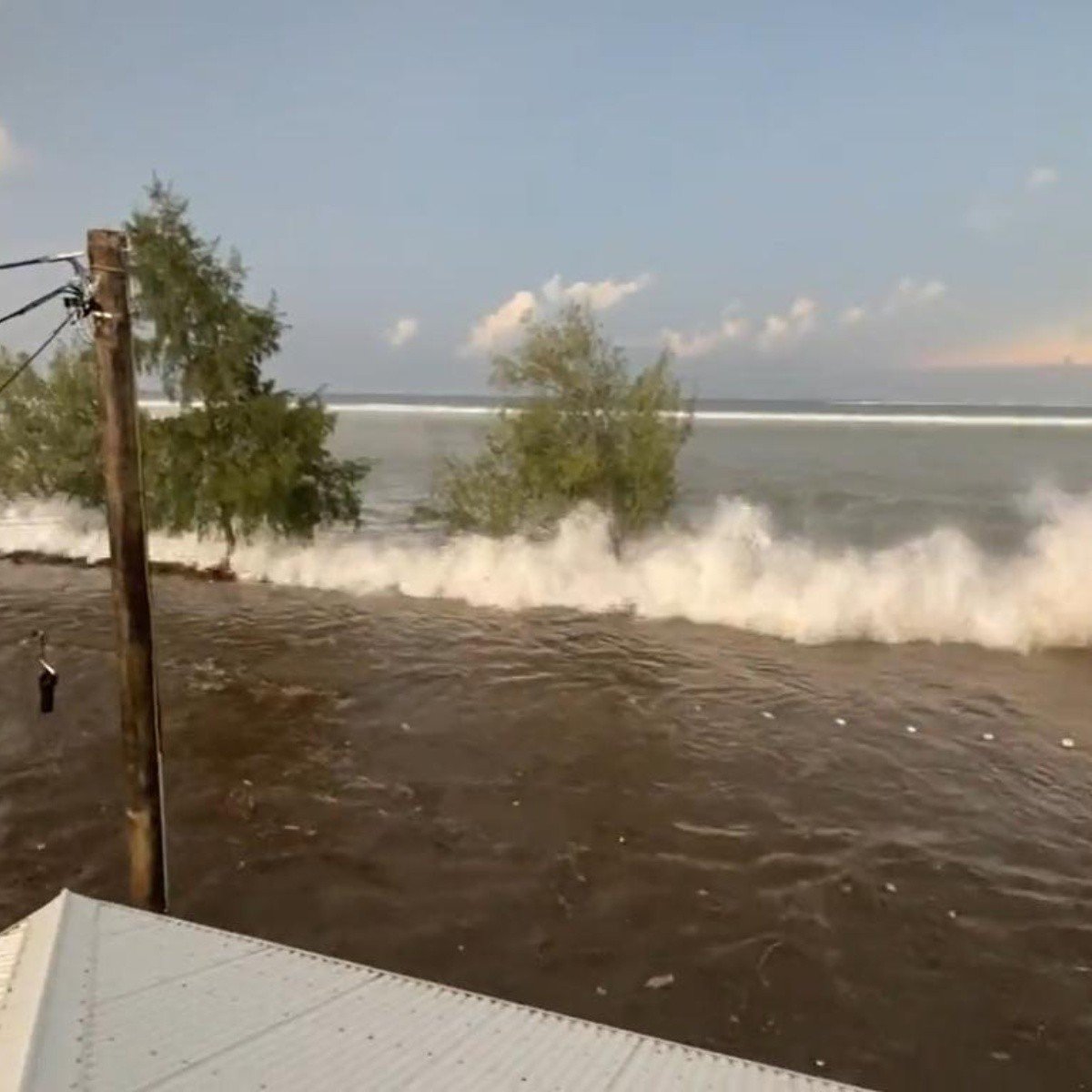 Chile.- The impressive videos of the tsunami in Tonga after the eruption of an underwater volcano in the South Pacific.

The eruption of an underwater volcano caused a tsunami that hit the coasts of different regions such as Chile and the United States.

The volcano erupted near Tonga and caused a tsunami that has hit the coasts of the country, so they were issued tsunami alerts.

Read more: Shooting breaks out at a rap concert in Oregon, six people are torn between life and death

“Waves of 1.2 meters have been recorded in Nuku’alofa”, in the capital of Tonga where approximately 24,500 people live, according to information from the Australian Meteorological Service.

Different videos circulate on social networks such as the moment of the volcano’s explosion, the huge ash clouds that darkened the sky and the waves generated by the shock wave.

The National Emergency Office (Onemi) of Chile issued an alert this Saturday about the arrival of a “minor tsunami” to Easter Island and part of the continental coast.

As a precaution, the inhabitants were warned to leave the beach area as a preventive measure.

In addition to the island of Tonga, the island states of Fiji, Samoa, and Vanuatu also issued the tsunami warning that threatens up to the coast of New Zealand more than 2,300 kilometers from the submarine volcano.

The Tsunami Warning Service of the United States also issued a tsunami warning on the west coast that affects the states of Hawaii, California, Oregon, Washington and Alaska.

The Tonga authorities have not reported so far if there are victims, in addition to the local media reporting that there are several areas that remain incommunicado.

Read more: A woman dies after being pushed onto the subway tracks in Times Square