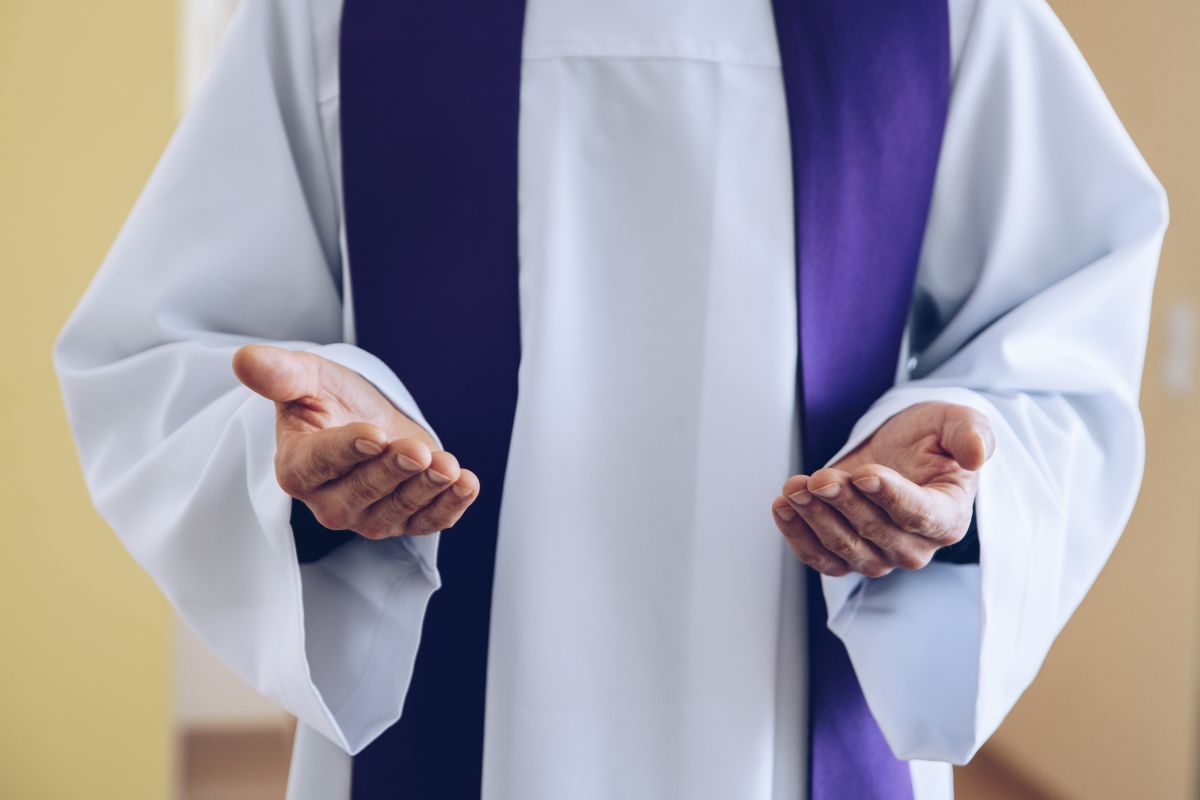 Those who are believers and profess the Catholic faith, assure that God chooses his priests and nuns, developing in them that vocation from a very young age. that will make them give up having a conventional life to give their lives to the Creator and to the religious work of the Church.

There are those who can feel that “call” from childhood or discover it in youth, as is the case with a well-known priest in Galveston, Texas, named David Moses, who is currently 27 years old and who decided to enter the seminary when he was 18.

The priest Moses stressed that it is a gift to be called by Jesus at an early age, to be summoned to “abandon everything that could become in the world and bet everything on Christ.”

Those who know him say that Father Moses is a revolutionary of the Catholic Church for the way he spreads the word of God, in a modern way and with a great sense of humor.

This was demonstrated in a video that has gone viral on Twitter, where He is seen preceding the wedding of one of his best friends named Zachary Harvey, to whom he made a “threat” in revenge for stealing his ex-girlfriend.

The priest began his sermon by explaining that he and Zachary have been great friends since childhood.Oh, his first great love was his sister named Maegan, who is now happily married.

“Maegan was also the first girl I fell in love with. She was second grade. But don’t worry, Tyler, I’m done with her,” Father Moses tells the groom’s sister and sister-in-law.

Then, the father continued the ceremony, now addressing the groom, to whom he addressed a few words that stunned everyone present.

“Zachary and I were in the same high school youth group together. I dated a girl from this group for a month. She broke up with me to go out with Zachary. Zach stole my girlfriend. It’s fine. Since then, I have been planning my revenge. I became a priest and now, 13 years later, I am going to sabotage his wedding”, pronounced Father Moses and then burst out laughing and thus showed that it was all a joke.

Before the inhospitable confession of the priest, the guests as well as the bride and groom began to laugh. The video of this curious situation has become viral on social networks.