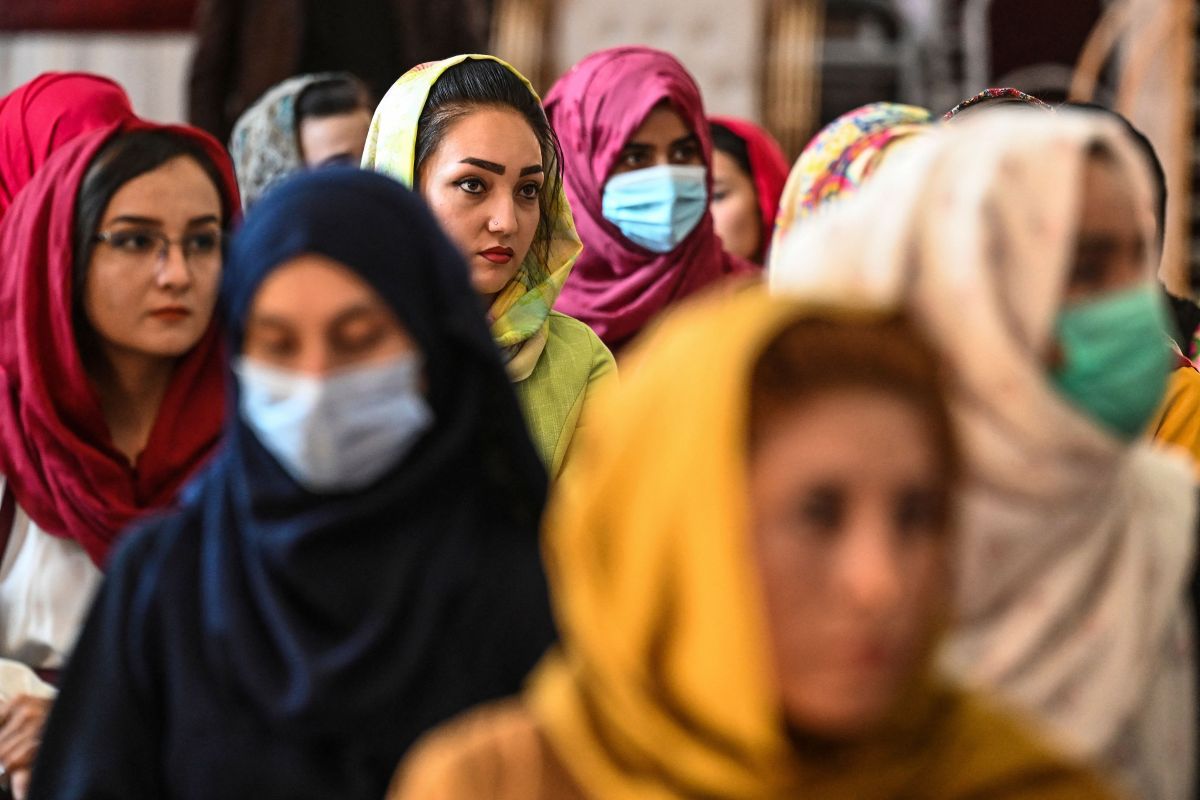 A video of a young girl in Afghanistan crying out to claim that no one cares about us dramatized the repressive and discriminatory treatment suffered by women under the yoke of the Taliban.

In the images released by the journalist and activist Masih Alinejad, the minor is heard crying while claim urgent help to leave the country after the extremist group again assumed control of the territory 20 years after the US invasion and the recent withdrawal of military forces from the western country.

“We don’t count because we’re from Afghanistan. We’ll die slowly in history”

Tears of a hopeless Afghan girl whose future is getting shattered as the Taliban advance in the country.

My heart breaks for women of Afghanistan. The world has failed them. History will write this. pic.twitter.com/i56trtmQtF

“We do not count because we were born in Afghanistan,” complains the unidentified girl in the video that by Wednesday morning had more than 2.2 million views.

“Me I can not stop crying. I have to dry my tears to be able to record this video ”, adds the Afghan woman who seems to be sitting inside a car.

“Nobody cares about us. We slowly die in history ”, the girl continues.

“Isn’t that funny?” He adds ironically.

The journalist did not specify the identity of this person and the circumstances in which the video shared on Friday was recorded. Nor where exactly was it recorded.

“The tears of despair of this Afghan girl whose future is being shattered by the Taliban advance in the country,” reads a description of the video by Alinejad.

“My heart breaks for women in Afghanistan,” added the communicator.

“The world has failed them. History will write this, “said the user.

At their first press conference on Tuesday, Taliban leaders promised to encourage women’s rights and promote peaceful relations with other countries.

In addition, they assured that the new leadership will not use the Afghan territory for attacks against other nations.

“I would like to assure the international community, including the US, that no one will be harmed,” said Zabihullah Mujahid, a spokesman for the Taliban.

“We do not want internal or external enemies,” he stated.

To the direct question of Al Jazeera reporter Charlotte Bellis, on whether they will respect women’s rights.

“I want to talk to you about the rights of women and girls, about whether women will be allowed to work and continue studying,” questioned Bellis, a native of New Zealand, and the only female journalist in the press room.

“What guarantees can you give women and girls that their rights will be protected?” The communicator continued.

“Women will have all their rights. Either at work or in other activities because women are a key part of society ”, responded Mujahid
“We are guaranteeing all rights within the limits of Islam,” the spokesperson added.

For many, including the US authorities, Mujahid’s response is one more propaganda.

The international community and even sectors within the country fear that the Taliban reimpose their Islamic law, the “sharia”.

The 29 prohibitions against women in Afghanistan

Not less than 29 prohibitions are imposed on women based on fundamentalist interpretations of Islam, according to organizations such as the Revolutionary Association of the Women of Afghanistan (RAWA).

These include the obligation to always leave their homes with a mahram, a man of close kinship, such as father, brother or husband; show no part of your body in public (not even the ankles) and wear the long veil that covers their faces (burqa); They are prohibited from riding a bicycle or motorcycle.

Another rule that only applies to women is the prohibition against laughing in public.

Women accused of having sex outside of marriage face stoning

They are also forbidden to speak or shake hands with men other than their mahram.

United Nations Secretary-General António Guterres said on Friday he was deeply stunned by previous indications that the Taliban are imposing severe restrictions on women’s human rights.

“It is particularly gruesome and heartbreaking to see reports of the rights won for girls and women in Afghanistan being ripped from them,” Guterres said.

Malala Yousafzai calls for concrete agreements for women in Afghanistan

For her part, the Nobel Peace Prize winner Malala Yousafzai warned in a writing this Tuesday in The New York Times of the girls and women in Afghanistan risk not going back to a classroom.

“Afghan girls and young women are back where I was, in despair at the thought that they will never be allowed to see a classroom or pick up a book again,” shared the 24-year-old Pakistani activist, who was shot by the Taliban. in the head in 2012 on a bus.

“A woman who runs a children’s school in a rural area told me that she lost contact with her teachers and students,” Yousafzai recounted.

Yousafzai fears that the Taliban will impose the previous regime of only religious education.

“We need specific agreements so that girls can complete their education, can study science and mathematics, can go to university and be allowed to enter the workforce and do the jobs they choose,” argued the young woman.