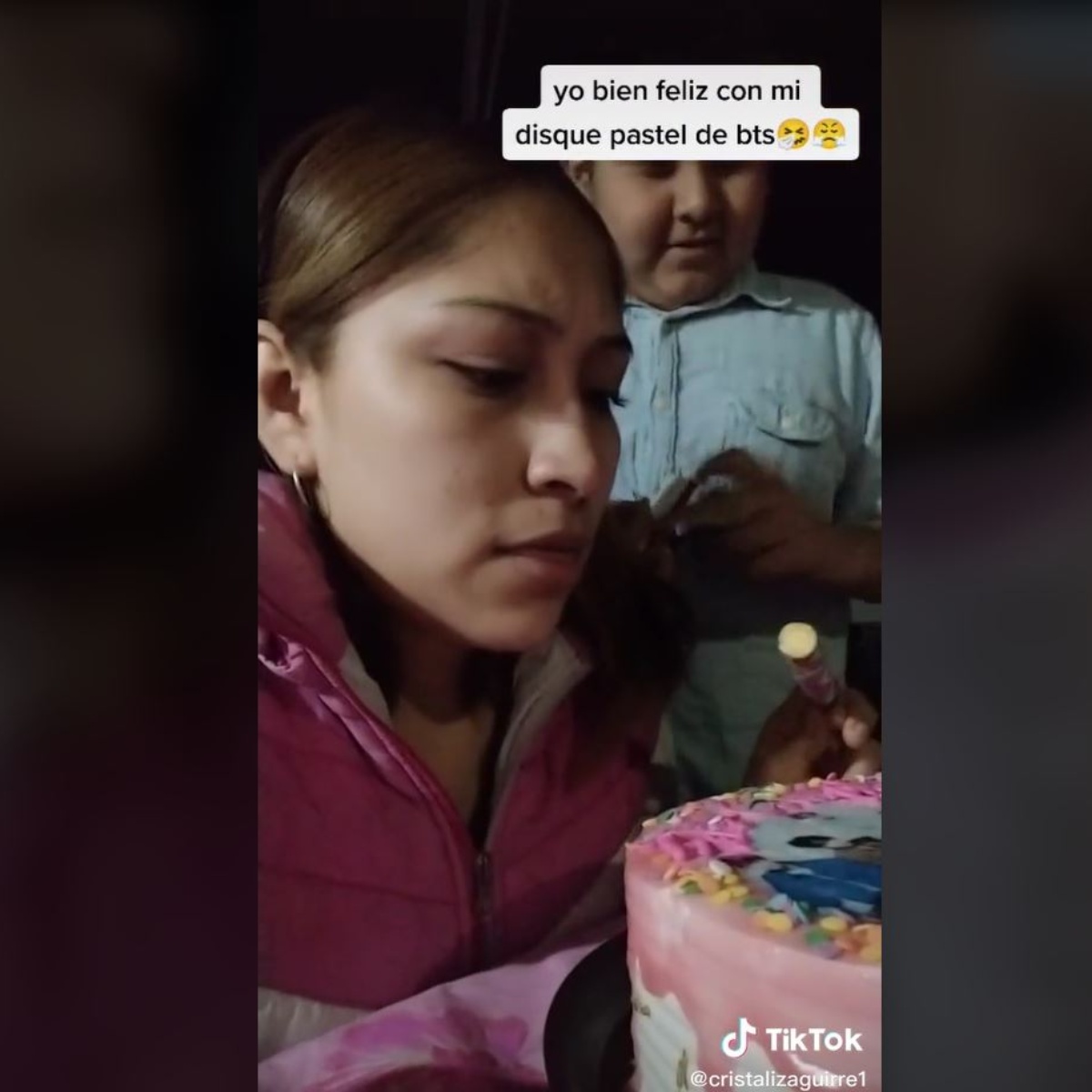 The phenomenon that has caused the South Korean band bts is so big that today the new generations choose to carry out theme parties with the image of the members.

We have witnessed how in social networks the popularity of the group is present in the most important celebrations of the people.

Given this, a young woman decided to celebrate her birthday with the theme of said artist, however, everything turned out to be a confusion that went viral in the social media.

They bring him birthday cake from another K-Pop group

One more story of social networks. A young woman decided to celebrate her birthday with the theme of the famous group of k pop.

The girl shared on her TikTok account how when she saw the cake, she realized that there were nine members in the photo and not the seven that originally belonged to the group.

“They didn’t give me BTS,” says the girl.

Despite the gesture, the young woman did not let this ruin her celebration. In comment it is presumed that the group that was embodied in the cake is “Stray Kids”.

Jin, Jimin, Jungkook, Suga, J-Hope, RM and v are the seven singers that make up the famous K-Pop genre group.

Currently, the famous South Korean kpop band will perform a series of concerts in their country, which for the enjoyment of their fans will be recorded and broadcast in movie theaters around the world.

bts continues to surprise his fans with the day to day, posting that new surprises will soon be released for the fans. ARMY.