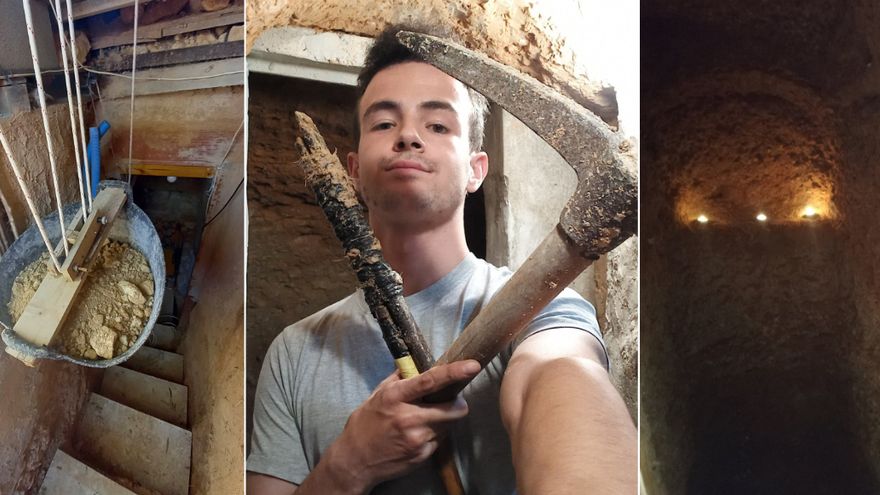 A young spanish made viral on social media after spreading the story of how dug a cave for six years in his mother’s garden, creating a unique space that lacks nothing.

In a Twitter thread, the young man identified as Andrew, 22, says that his father worked in a quarry and that his grandfather owned a cave, so since 2015 he started the project that made it viral.

Andres’ story reminds us of a remote control toy aficionado who dug a tunnel for years using miniature machinery. That’s what I call having free and productive time!

Dig a cave in your garden

The young man says that at the age of 14 he became so angry with his mother because he did not want to change his clothes to go out that he left the table where they were eating, took the tools and began to dig a hole to release his anger.

The tantrum gradually turned into a small pit, and after a few months, thanks to the help of a friend, one day Andrés realized that the cave had already taken on considerable dimensions.

“When I was already planted down, I turned around and saw that I had ten or nine steps and three and a half to climb,” said the young man quoted by the Russian media RT, adding that his work is a tribute to his grandfather.

The young builder’s own space has allowed him to have three rooms. The impressive thing is that for years, his mother did not know what was happening in the corner of the garden, until one day she looked out, and could not believe what she saw.

The project was echoed in the media, which caused the cave to receive worldwide attention. Even the mayor of La Romana and the Civil Guard have gotten involved to verify that the place is safe and that it is well built.

The pandemic and confinement were also important for Andrés to be able to advance in the excavation of his cave, and although he currently lives just over an hour from his house, he spends his weekends on the project.