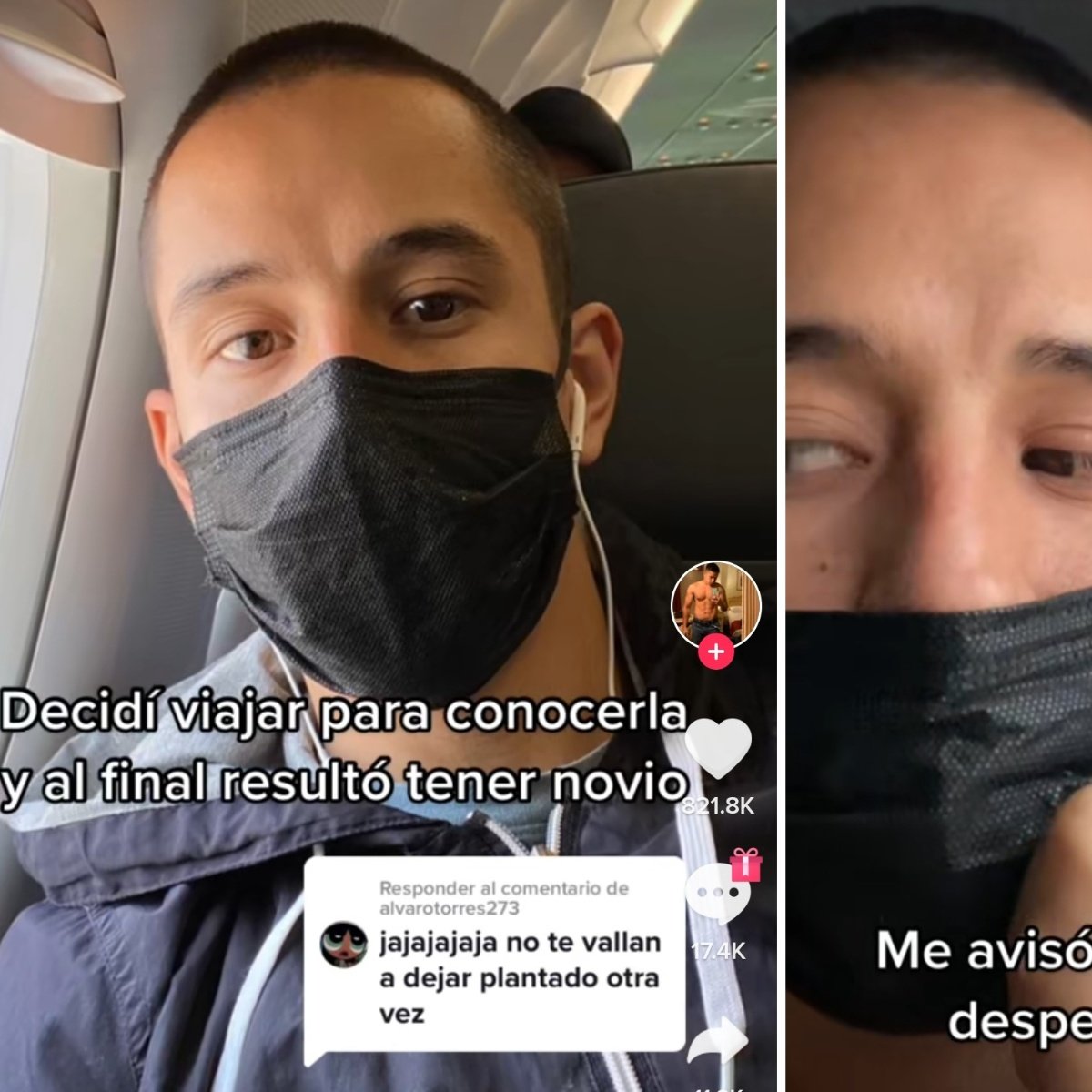 The saddest story to break your heart went viral on TikTok, a young man flies to meet his date but just as the plane takes off she tells him that she has a boyfriend and something else.

The young woman confessed at that time that she had spoken to him throughout the pandemic because “she was bored” but since she never told the truth, she believed that they had an emotional relationship at a distance, so the young man flies to meet his date from CDMX to Sonora, but she had a love disappointment.

The moving story was told by the same protagonist, Alvaro Torres on TikTok as alvarotorres273 who said he had met a young woman on the Internet. Throughout the pandemic they talked and created an emotional bond with her, so he wanted to meet her and surprise her at the same time.

But when he was on the plane he decided to tell her, an action that took the young woman by surprise, so Álvaro sent a photograph on the plane.

The surprising thing was when the girl sent him an audio saying that she is very sorry but she has a boyfriend and since she was bored with everything about the pandemic, she only played with him.

And although many comments about the young man fly to meet his date, and this one had only been unfaithful, the reality is that there was no going back, the plane took off but he had already been planted and he would never meet the young woman.