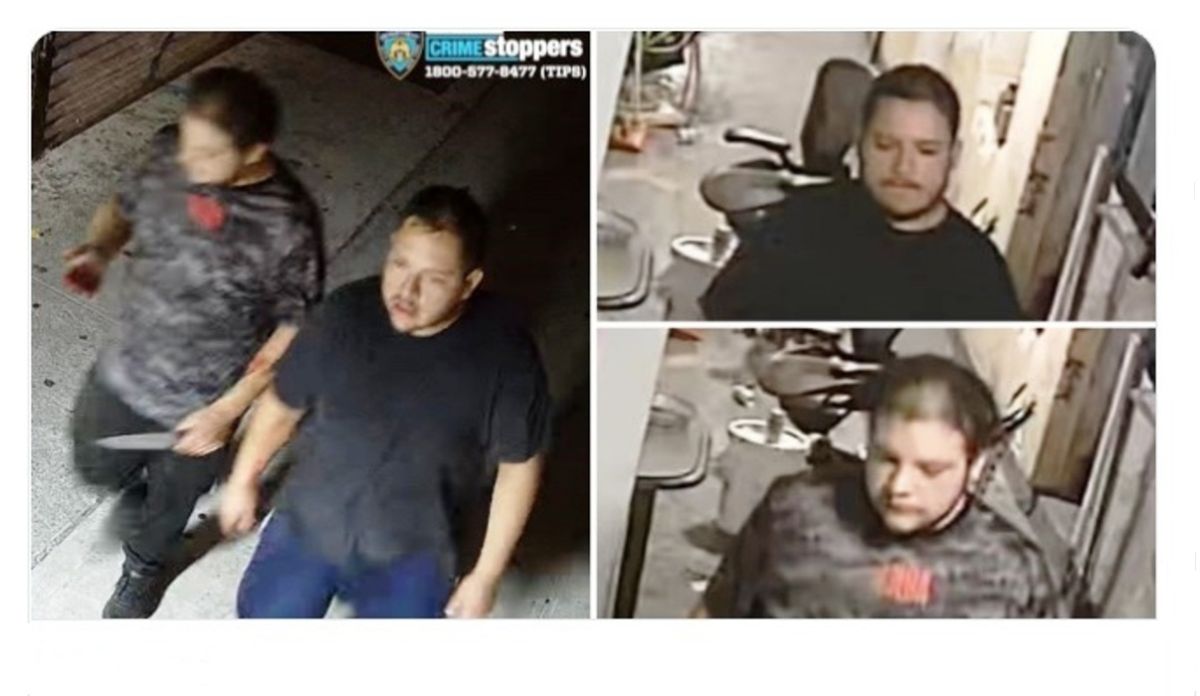 A 26-year-old man received more than 15 stab wounds when he was suddenly attacked by two men at dawn on a street in the Bronx (NYC).

Two attackers approached the victim early Monday morning and stabbed him more than 15 times. Miraculously he survived, but was seriously injured, the NYPD said.

The young man was on East Kingsbridge Road near Creston Avenue around 4:30 a.m. Monday when the attackers approached and, without provocation, he was repeatedly stabbed in the chest and back, authorities said.

Both attackers then fled the scene on foot. The victim was hospitalized in critical condition, he said. Pix11.

Police released images of the suspected attackers, asking for help identifying them. Both men are believed to be in their early 30s, of medium build and about 5ft 8/9in tall.

This dramatic attack confirms the experts’ fears that New York was going to experience a spike in violence this summer, both with firearms and white.