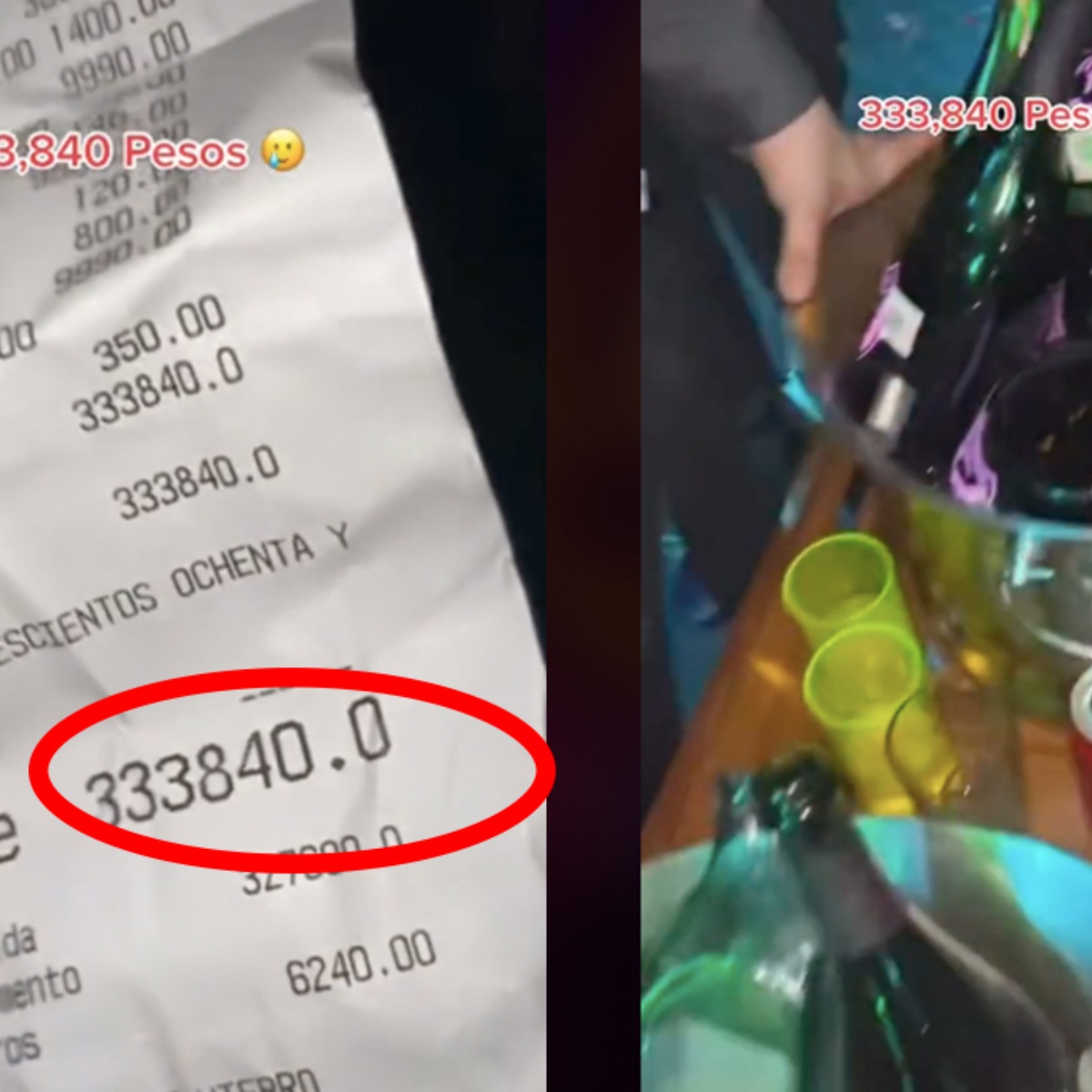 Through social networks they shared a video that went viral, a group of young people spent more than 300 thousand pesos in bars, but what caused a furor was that they began to argue about how and how much they were going to pay the bill, because gthey amounted to 333 thousand 840 pesos in bottles and drinks.

The group of young people decided to have fun in a bar in Zapopan, Jalisco, but when they realized the account they began to argue, this can be seen in the video they shared on a TikTok account, because in the clip they commented: “Everything is jiji and haha until the bill arrives “. Express.

Previously in AmericanPost.News We share with you a case of a homeless man who received $ 100,000 as part of an experiment but ended up broke, in just six months he spent all the money helping his homeless friends, dating women, among other things.

Other Internet users commented that the tip that the waiter got was more than 33 thousand pesos if they had calculated with 10 percent of the total bill. On the other hand, the video went viral and has attracted thousands of reactions.

What methods can I use to save money?

Saving money in the long term will depend on the actions that each person implements to be able to spend the money wisely, so they have shared some tips to save and generate a financial transformation, some save 5% or 10% of their income.

Another advice is to use the Kakebo method, which means account book for the domestic economy, a way to manage money, write down finances and order them, as well as pay debts to save money, one of the recommendations is to avoid impulse purchases.

And it is that, recently on social networks they shared a video, as some young people spent 300 thousand pesos on drinks, which divided opinions of users, who commented that they should have used the money on other things and not spent it in a bar.