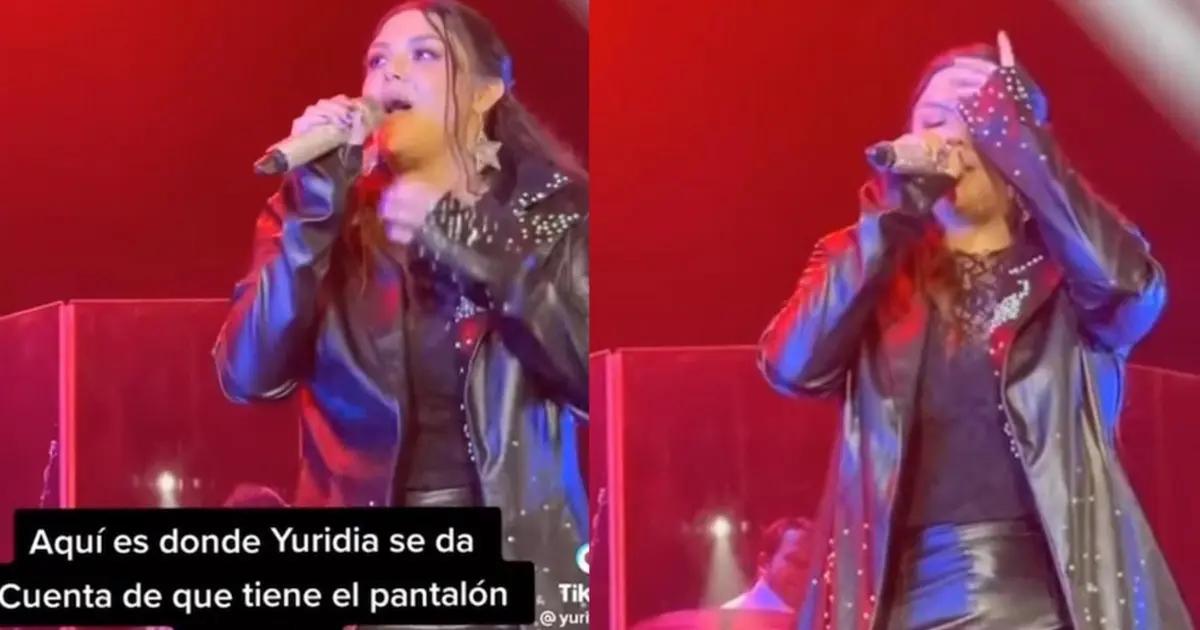 Yuridia, who rose to fame after her time on TV Azteca’s La Academia, continues to captivate her fans with her music, who enjoy every show of the artist, but recently in a concert, she starred in an embarrassing moment, and in La Verdad Noticias we share with you what happened.

And the fact is that artists have not been spared from living painful moments on stage, and now a very unexpected situation happened to the celebrity that had also gone viral on social networks. When singing “Amigos no por favor,” she realized that her pants were on backward.

It is worth mentioning that in entertainment news, we have compiled some touching moments of the singer she shared with fans. Even her loyal fans have given her gifts in some of her presentations.

Yuridia shared the video on her Instagram profile, where you can see her astonished face when she realized that her pants were on backward, she even tried to laugh at what happened, but she kept calm and continued singing.

Meanwhile, her fans did not hesitate to react to the funny reaction of the singer and expressed: “She is still beautiful and sings super beautiful, I imagine she couldn’t hold her laughter,” “It was very funny,” “Her humility and simplicity with which she knows how to handle every situation make her authentic.”

How many albums has Yuridia recorded?

The singer Yuridia, a former student of La Academia, has had the opportunity to release six albums. Last October 2022, the famous singer released her new album called “Pa’ luego es tarde” of the regional Mexican genre.