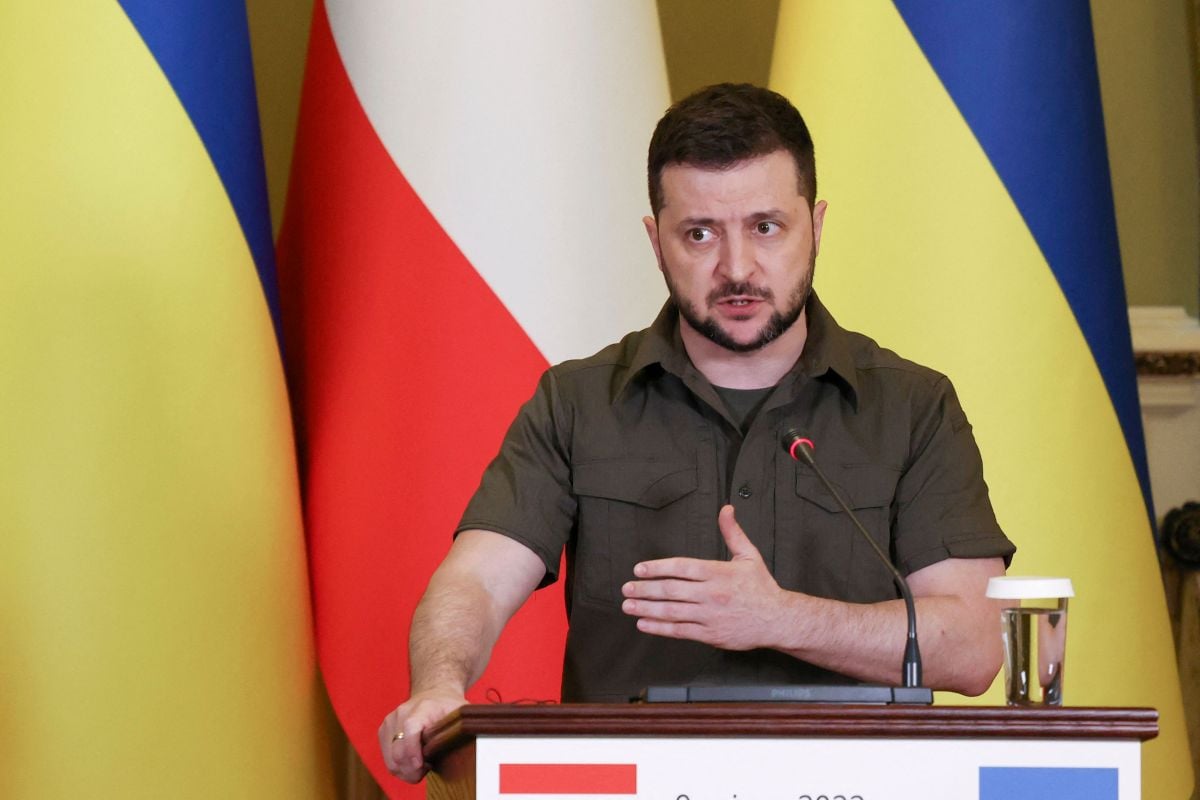 Ukrainian troops have had “historically significant” successes against the Russian army in the midst of the war between the two countries, as highlighted by Volodimir Zelenskywho acknowledged that in the south and east of his country the situation is “very difficult.”

“The successes of our armed forces on the battlefield are truly significant. historically significant. But it is still not enough to clear our land of squatters. We are going to defeat them more”, declared the leader of the Ukrainian forces this Friday night in a video to the nation.

The president pointed out that the main task should be to accelerate peace, and insisted that the war, which was provoked by the Russian invasion, will not end until Ukraine receives more financial support to defend itself, more weapons and “The sooner the democratic world recognizes the oil embargo against Russia and the total blockade of its banking sector are necessary steps towards peace“.

Zelensky stressed that the Ukrainian troops are operating “brilliantly”, as they stop the attacks of the occupiers and carry out counterattacks. According to the president, they have overwhelmed Russia’s conventional aviation so much that they have been forced to use long-range strategic aircraft.

However, he admitted that the situation in the south and east “remains very difficult”and avoided talking about a recovery in those areas. In occupied districts of Kherson and Zaporizhzhia provinces, Russian forces continue to terrorize civilians, he warned.

“The cruelty with which the Russian troops are trying to conquer the Azov region, Donbas, Kharkiv, only further eliminates the slightest possibility that these territories and these people, at least at some point in the future, have links with Russia” , he added.

Mariupol continues to suffer the ravages of war

The Ukrainian president specified that he met with all the high military commanders, the Minister of the Interior and the head of his delegation in talks with Russia, to talk about the city of Mariúpol, which continues to be besieged by the Kremlin, and clarified that they do everything possible to save the citizens who remain there.

In this regard, the spokesman for the Ministry of Defense of Ukraine, Oleksandr Motuzianyk, said this Friday that the attacks continue and that the invaders cannot fully capture the cityhighlighted the Ukrinform agency.

“The situation in Mariupol is difficult and the fight continues. The Russian army is constantly engaging additional units to storm the city, and for now, active battles are taking place near the Illich plant and in the Mariupol port area. But the Russians cannot fully capture the city,” Motizianyk said.

Meanwhile, the Ukrainian authorities identified 900 civilians killed since the beginning of the Russian invasion in the kyiv region, of which 350 belong to the town of Bucha, the head of the Ukrainian police in that region, Andriy Nebytov, was quoted as saying. the ukrinform agency.

“Today we have reached the figure of 900 dead civilians. I stress that these are civilians whose bodies we have found and handed over for forensic examination, for detailed examination. All these people died at the hands of the Russian army,” said Nebytov, who said that a significantly smaller number were discovered in the Vyshgorod and Brovary districts.

With information from EFE / DW / Infobae

You may also like:
• Finland says it is “very likely” to join NATO
• The United States confirms that Ukrainian missiles sank the Moskva
• Russian state media assures that the third world war “has begun”